Say what you will about President Donald Trump, he certainly has the power of his convictions, never mind those polls. Speaking to his supporters in Mankato, Minnesota, the president said:

“What we have achieved together and what we’re doing together is nothing short of an economic miracle and now we’re doing it again. We built the greatest economy in the history of the world and now I have to do it again.”

He continued: “You know what that is? That’s right. That’s God testing me. He said, You know, you did it once. And I said, ‘Did I do a great job, God? I’m the only one who could do it.’ He said that you shouldn’t say. Now we’re going to have you do it again. I said, ‘OK. I agree. You got me.’ But I did it once. And now I’m doing it again. And you see the kind of numbers that we’re putting up. They’re unbelievable. Best job numbers ever. Three months, more jobs in the last three months than ever before.” 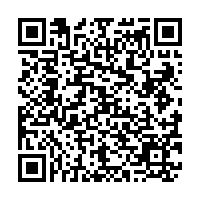