Defense Minister Benny Gantz, in consultation with IDF Chief of Staff, Maj. Gen. Aviv Kochavi, on Sunday announced the appointment of Brigadier General Ofer Winter to commander of the 98th Paratroopers Division, a.k.a. the Fire Brigade.

Winter spent the past year and a half in the post of Secretary to the Minister of Defense. He took office in October 2018 and in that short span worked under three different defense ministers: Avigdor Lieberman, Benjamin Netanyahu, and Naftali Bennett.

The IDF’s 98th Paratroopers Division is a reserve-service infantry division, subordinate to the Central Regional Command.

On July 9, 2014, as Commander of the Givati ​​Brigade, Winter issued a message to his soldiers before engaging in the battle of Gaza, saying: “History has chosen us to be at the forefront of fighting the fierce terrorist enemy, who curses the God of Israel. […] I raise my eyes to the heavens and call out with you, ‘Hear, oh Israel, the lord Is our God, the Lord Is One.’ Please bring us success as we are going to fight for your nation of Israel against the enemy who despises your name.”

The commander’s message was published in the general media and sparked controversy as to whether a religious commander should involve God in his leadership of his soldiers. During the ensuing operation, the brigade unveiled terrorist tunnels and infrastructure used by Hamas, and participated in the battle of Rafah. Gantz was part of the IDF brass that delayed Winter’s professional progress, pinning him for the misdeeds of a subordinate but, everybody knew, teaching him a lesson for that Shema Israel thing.

According to a Ynet report in 2019, Gantz and his successor, Chief of Staff Gadi Eizenkot, were determined to bury Winter’s career, and it was the new IDF chief, Aviv Kochavi, who recognized his considerable skills and demanded his return to active command duty. 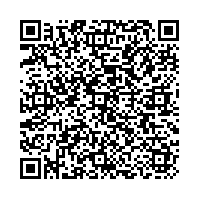