This is it. The week of hod, which means the inner beauty of the majesty of Hashem. This year it began on Sunday, which was Pesach Sheni, recognized as the yahrzeit of Rabbi Meir Baal HaNes, and on Thursday this week we celebrate the amazing day of Lag B’Omer, the yahrzeit of Rabbi Shimon Bar Yochai and the day the 24,000 students of Rabbi Akiva finally stopped dying.

Lag B’Omer is hod she’behod – splendor of splendor – a hint that every Jew, every member of our charming nation, has the power to enter deep into the innermost chambers of Hashem’s majestic kingdom, where a humble prayer can turn death into life.


The year was 1995, and I was celebrating Pesach Sheni at my kiosk, located about 200 feet from view of the Western Wall. We had wine and matzahs and we talked about this holiday of getting a second chance – our ancestors who weren’t able to bring the Paschal sacrifice at the appointed time because they were defiled were told by Hashem that one month later, on the 14th of Iyar, they would get a second chance.

Suddenly someone rushed over to me and said, “Dov, you’ve got to get to Shaare Zedek Hospital; your father had two heart attacks and is now on the operating table fighting for his life.”

I jump up and told myself, “Dov, get to the Kotel fast with your check book. Do chesed on this first day of the week of hod, which is called chesed she’behod. This is better than just waiting to hear the outcome next to the operating room. So I run to the Kotel and each person asking for a few coins got an 18-Shekel check while inside myself I was shouting, “Please, Hashem, save my father’s life!”

My father had gone to the hospital to get a simple procedure to clear the arteries. The procedure failed and the doctor made a terrible mistake in what he did next. The botched effort caused my dad to have not one but two heart attacks. The chief surgeon scolded the doctor for his mistake and tried to save my dad’s life.

My father was in his twelfth year as rabbi of Kehilat Mogen Avraham in Efrat. His congregants needed him; he was only 77 years old.

When I came to the waiting room, everyone was crying – my mother, my brothers, and the doctor who’d blundered. I had my twelve-year-old son with me and my mother said, “Dov, take your son to the bus stop so he’s not here when we get the ‘news.’ ”

I took my son down to the bus and then, in the parking lot of Shaare Zedek, I called out to Hashem: “Please, God, give me the prayer I should pray to You to save my father’s life.”

And like a lightning bolt the thought shot into my head: “Today is Pesach Sheni, the yahrzeit of Rabbi Meir Baal HaNes (master of miracles).”

“Yes,” I shouted, and then I chanted the traditional words one says when giving to the many Rav Meir Baal HaNes charities for the poor in Israel.

“God of Meir, answer me! In the merit of the radio shows that I did totally free of charge every Thursday night for two years on behalf of Kollel America, the Rabbi Meir Baal HaNes charity for poor Americans living in Israel, save my father’s life!”

I went back up to the waiting room with a heavy heart. From a distance I saw everybody jumping for joy. The same people who’d been crying only 15 minutes before were now dancing!

Why all the joy? My brother said, “Dov, you missed it. The surgeon just came out and said the operation had ended and there is hope.”

Three days later I stood by my father’s side in the intensive care unit. I felt I should go to the tomb of Rabbi Meir Baal HaNes in Tiberius and thank him and then shoot over to the grave of Rabbi Shimon bar Yochai in Meron on Lag B’Omer and somehow get Rabbi Shimon’s assurance that my dad would have a refuah sheleimah, a complete recovery.

Before I left I said to my father, “Daddy, say some Tehillim, please!”

My father, still on oxygen and rigged up to machines, began reciting the words of Psalm 130, “From the depths I call out…if God watches our sins who would survive, for You are He that forgives!” Here my father suddenly stopped his recitation, and I left for Tiberius and Meron.

When I got to the grave of Rabbi Shimon there were thousands of Jews from all over the world there. I pushed my way to the great bonfire atop the grave. In my hand I had the book of stories of Rabbi Shimon that I bring with me each year. I spoke to Rabbi Shimon and begged him, “When I open this book to any page…please give me a sign that my father will survive and have a complete recovery.” 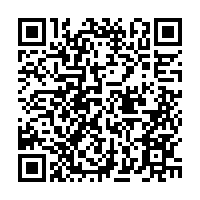