It is always sad to see the reactions about freeing Pollard. He might be free today when you read this, but as I write he is still locked up. The American president seems to feel that since he has someone of ours (Pollard) and Israel wants him freed, Israel should free 400 or more Arab murderers and stop building in Judea and Samaria in return. Excuse me, please, for not understanding. I am sure that everyone in the United States already realizes that anyone who was caught spying against the U.S. for an enemy power would be out of jail after 10 or 20 years.

What is special about Jonathan Pollard? He did spy for another government, but I guess that it is far worse because he spied for an American ally rather than spying for an enemy. It is true that the information he passed was important to that American ally (Israel) and that the information was being withheld from Israel for some unknown reason, despite the agreements to share between allies. I guess that spying for a friendly government is worse than spying for an enemy government and gathering information useful against American interests. Pollard is a Jew who was helping Israel. Whoops, that may be much worse than being a Christian or a Muslim spying against America.

I do not know if Pollard did what he did for altruistic reasons or if he did it for money or if, as some news sources love to claim, he was unstable all along. Pollard was a civilian working for U.S. Navy intelligence. A family friend seems to have set him up with an Israeli handler and Pollard volunteered to spy.

Today it seems immaterial what secrets he passed along, but from reports it was related to artillery developments in several Arab countries. It was reported that the Israelis continued to ask for secrets directly related to their security which included information about Arab and Pakistani nuclear secrets and capabilities of the Soviet weapons in Arab hands, which the U.S. should have shared with its ally, Israel!

I do not believe that Pollard was innocent or that he should receive a commendation for his acts. America withheld data from Israel because it felt that it was in the best interest of the United States to do so, even if I disagree. There are reports that Pollard did it for the money and that he handed over “suitcases of secrets” until his arrest in November 1985. No citizen should be allowed to make that kind of decision, even if he wasn’t doing it for the money. How would we react if a Muslim American would steal United States secrets about Israel and turn them over to Saudi Arabia, an American ally?

But enough is enough. Many spies who spied for Russia, an enemy of the U.S., have been released after serving fewer years in prison. David Henry Barnett was a CIA officer convicted of espionage, who admitted that he had sold CIA secrets to the Soviets. He was sentenced to 18 years’ imprisonment and was paroled in 1990 after serving only ten years.

William Kampiles, a CIA officer, was charged with espionage, and convicted. His prison sentence was reduced to 19 years, and he was released in 1996, after serving 18 years. 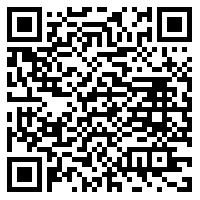