Ron Pundak, who was the executive director of the Peres Center for Peace, an architect of the Oslo Accords, and an active participant in the Geneva Initiative, died from cancer on Friday. Pundak was 59 years old.

Pundak is being widely lauded as a great peace activist and a visionary.


Israel’s President Shimon Peres said that Pundak, was a warrior, a man of values and an intellectual.

“He [Pundak] dedicated his whole life for the achievement of peace with our neighbors. He was willing to do anything for peace, sacrifice his life and dedicated each and every moment of his life to it. Ron was a family man, a great soul and he will be missed,” Peres said.

Israeli politician Tzipi Livni said: “There are war heroes but Ron was hero of peace. He was a Zionist who believed in peace and was not deterred by extremists, cynics and the hopeless.”

However, the Oslo Accords and the Geneva Initiative have both resulted in great harm to Israel.

And at the J Street Conference in 2011, Ron Pundak told the audience something to which they responded with thunderous applause.

“Israel,” Pundak said, “can live with a nuclear Iran and it must not base its policies on a worst-case scenario.”

Funeral arrangements had not yet been made before Shabbat.

With One Week to Go, Netanyahu at 30, Lapid 21, Outcome Still Too Close to Call 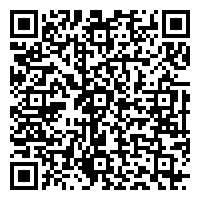