Question: What is unique about Modern Orthodoxy?

Answer: We established that Torah is the distinctive characteristic of the Jewish people. This suggests that the uniqueness of Modern Orthodoxy must lie in the character of its Torah. We suggested that Modern Orthodoxy, as opposed to other Orthodox groups, may be more inclined to side with the Aruch HaShulchan over the Mishnah Berurah.

It is interesting to note that our sages did not generally assume that poskim should rule stringently.

There is one instance that we do rule stringently. That instance is hekesh. The Talmud, for example, discusses how we know that women are biblically obligated to recite kiddush on Friday night. It notes that regarding Shabbat, the Chumash states “zachor – remember” and “shamor – guard.” The former refers to kiddush and the latter refers to the Shabbat prohibitions. The Talmud (Berachot 20b) rules that “whoever is included in the command to ‘guard Shabbat’ is also included in the command ‘to remember Shabbat.’ ” Therefore, since women are obliged to observe all the Shabbat prohibitions, they are also obliged to recite kiddush (even though kiddush is a time-bound mitzvah, which women are generally exempt from).

The commentaries state that the Gemara did not reason in this fashion because there is a general rule that when it comes to a relationship between biblical verses – a hekesh – we interpret the relationship stringently. Rav Akiva Eiger explained that this is a rule based on mesorah and not because we are just being cautious (based on the dictum that safek d’oraisa l’chumra).

In any event, what emerges from this discussion is that the only tradition to be stringent relates to a relationship between biblical verses (a hekesh). In general, though, one may be lenient. 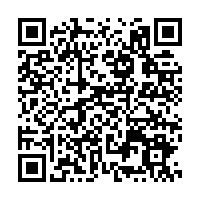