“Yidden, Nekama!” (Jews revenge!) – (The powerful written exhortation of a Jew in the hell of the Kovno Ghetto, written with his own blood. Famous picture taken by George Kadish)


As we stare at those mind-numbing images of another blood streaked floor, stained with the life source of Jewish kedoshim murdered around the table of a Shabbat meal, we think of many things. Of barbarism run amuck. Of an evil that is hard to fathom in a land drenched with the blood of Jews. Of tragedy and stolen lives. Of death and despair and impossible heart-break.

These horrors, all courtesy of a savage Arab from Khobar who smiles from his hospital bed over his butchery. In response, we hear the same cliched responses. But what don’t we hear is any real common sense. Basic truths that need to be screamed louder than any call to prayer from a brazen Arab muezzin. A call for truth and courage. A call for the following:

If we don’t speak of the obvious things we need to do to stop Jews from being killed, then all the speeches and articles are meaningless. We are merely mourning the slaughtered today, and forgetting the martyred tomorrow. And mark my words: When there is a lull in violence, the simple minds amongst the nation will restart their alternative peace meetings and revisit the mythos of a shared Semitic identity. See who these people are and confront them. They and their naïve ilk, are setting the stage for the Arabs to murder Jews tomorrow. Because if we cannot identity evil, we will never be able to destroy it. We must never forget the true face of Ishmael. 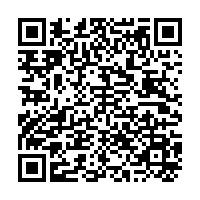