When I broadcast on BBC national radio, I typically chat with the host of the program for a few minutes and then read out a script I have written.

The BBC supplies the topics it wants me to speak about, and for one of my latest runs, it included my favorite Nobel Prize winner (Bob Dylan, of course), “Planting for Tomorrow” (the BBC is very woke), and “The Street Where I Live.”


The Nobel Prize topic was, in fact, a replacement. I wrote to explain that I would have to back out if the original topic remained on the program. No matter how much I enjoy broadcasting, and in particular on radio, I could not say anything nice about a singularly egregious hater of my people. I was originally supposed to discuss, “My favorite Roald Dahl Character.”

Mr. Dahl, was of course the author of Charlie and the Chocolate Factory, James and the Giant Peach, The Witches, and many others. He was also an unrepentant and nasty Jew hater.

Dahl’s self-confessed anti-Semitism emerged in a notorious interview with the New Statesman as long ago as 1983 where he said:

“There is a trait in the Jewish character that does provoke animosity, maybe it’s a kind of lack of generosity towards non-Jews. I mean, there’s always a reason why anti-anything crops up anywhere. Even a stinker like Hitler didn’t just pick on them for no reason.”

I immediately got an email from my producer offering his sincere apologies and explaining that he had been totally unaware of Dahl’s notoriety. By the next day the topic had been changed. Kol haKavod to the BBC on this occasion.

My producer is a young man in his late 30s and I completely believe that he was unaware of the nasty side of Dahl. Until now, it was largely ignored or excused.

There are literally millions of other young people and some very young people who are also unaware of Dahl’s Jew-hatred. It is not paranoid to imagine some of them wondering, after a childhood nurtured on his beloved stories and discovering his anti-Semitism if perhaps he had a point.

Well, it appears that my protest was prescient.

When I say that the estate offered an apology…well sort of. Here is what the Times of London wrote about their “apology”:

“The statement was never displayed prominently or sent to the media or Jewish groups. Instead, to find it from the home page of Dahl’s official website, one must scroll down to the bottom, click “About us,” then choose to “Find out more about the Roald Dahl Story Company” [RDSC], the little-known corporate entity that runs his literary estate. You must then click on “RDSC and family notice,” which does not mention the words “apology,” “antisemitism” or Roald Dahl. There is no way of accessing the apology from the website’s main menu. Nor is there any mention of Dahl’s antisemitism in his biography on the website.”

Some Jewish groups reacted by pointing out that it might have been better if they had “sort of apologized” 30 years ago when Dahl died.

Apart from his infamous 1983 statement in the New Statesman, in 1990 he acknowledged that he was an anti-Semite in the UK’s Independent newspaper: “I’m certainly anti-Israeli and I’ve become antisemitic inasmuch as that you get a Jewish person in another country like England strongly supporting Zionism.”

Ah! And there’s the rub! He claimed his anti-Semitism stemmed from his anti-Zionism and his opposition to Israel and her policies. Alas for Dahl, you did not have to be a Sherlock Holmes to discover examples of his Jew-hatred that existed long before there was a state of Israel.

Every report I read on the story made it quite clear that the Roald Dahl Story Company’s belated acknowledgment of the vile side of Dahl was anything but sincere.

Given the emergence of Cancel Culture in which anyone considered to have offended today’s Liberal Ten Commandments, no matter how long ago they lived, is to be purged (bear in mind what’s happening to J.K. Rowling), you can see why they would be a bit worried.

His daughter Ophelia Dahl, 56, owns the majority of her father’s estate. Luke Kelly, 34, Dahl’s grandson and the half-brother of the former model Sophie Dahl, was one of three directors of the Roald Dahl Story Company who together received remuneration totaling £2.2m, according to the 2018 accounts. The RDSC made £27 million from Dahl’s Jew-bashing back catalogue last year alone.

The Washington Post wrote: “Netflix reportedly paid $1 billion for the rights to create an animated series based on Dahl’s works. Not bad for a Hitler apologist.”

That is why anti-Zionism and anti-Israel hatred is the “Safe Zone” for all the other Roald Dahls to express their “humanity” and “concern” for the poor Palestinians, while simultaneously rejoicing in their visceral hatred for the evil Jews. 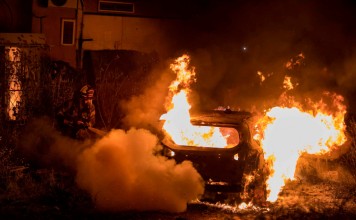 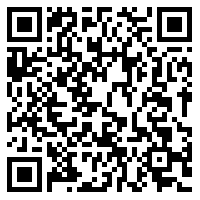