The “Knowledge, know-how and practices related to the production and consumption of couscous” have been registered in UNESCO’s Intangible Cultural List, in response to a joint bid from Algeria, Mauritania, Morocco, and Tunisia.

According to UNESCO, “The history of this dish of Berber origin is not merely very ancient – as couscous has been eaten since at least the Middle Ages – but also complex and very varied. While it is difficult to be definitive about its history – debates between specialists have been part of the preparations for the application – everyone agreed on the truth of couscous: ‘The best couscous is my mother’s'”


And: “The preparation of the couscous seed is indeed ceremonial and traditionally follows a number of steps: the semolina is first ground using millstones or mills (which were once part of household furniture, operated by hand with a rod); it is then rolled, according to tradition, by the hands of women in earthenware, wooden, basketry and, more recently, metal bowls to obtain calibrated grains using wooden sieves, whose mesh was made of gut or basketry and now metal wire.”

Couscous is a staple food throughout the Maghrebi cuisines of Algeria, Tunisia, Mauritania, Morocco, and Libya. It is also very popular in Israel, home to millions of North African Jews.

Couscous meals are considered festive among North African Jews, therefore they are usually served on Shabbat and holidays, and sometimes also at lunch on Fridays, and in some communities like the Libyan Jewish community, it is customary to serve it in Tuesday dinners. Some Israeli restaurants serve couscous Tuesdays. The reason is that in Tunis Tuesday was the day off for bakeries, and the carbohydrates-rich couscous served as a substitute for bread.

The word “couscous” is of Berber origin. The Berber root √K-S means, “well-formed, well rolled, rounded.” Numerous names and pronunciations for couscous exist around the world.

Known in France since the 16th century, couscous was integrated into French cuisine at the beginning of the 20th century. The oldest known traces of couscous are found in graves from the 3rd century BCE. In the twelfth century, Maghrebi cooks were preparing dishes of non-mushy grains by stirring flour with water to create light, round balls of couscous dough that could be steamed. Historian Maxime Rodinson has found three recipes for couscous in the 13th-century Arabic cookbook Kitab al-Wusla ila al-Habib.

The first known written recipes for couscous come from Andalusian authors. In modern-day Trapani, Sicily, couscous is still made according to the medieval recipe recorded by Andalusi author Ibn Razin al-Tujibi.

Jews from Spain and Portugal introduced “cuscussu” to Tuscan cuisine when they settled in Livorno at the end of the 16th century. Families that moved from Tabarka to Liguria brought their versions of the dish with them to Carloforte in the 18th century.

How to Make Gravlax at Home 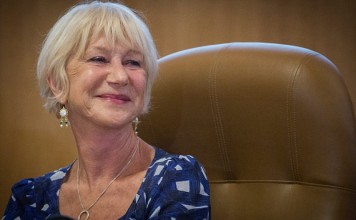