Much like his decision to recognize Jerusalem as Israel’s capital, Trump’s decision was, on the face of it, little more than recognition of longstanding realities. After all, the disputed Golan Heights have been under Israeli control for far longer than they have ever been under the control of Syria. Indeed, much more than double!

But, in fact, the decision was more than that. It was—as we shall see—a moral and practical imperative.

Readers will recall that Israel took control of the Golan Heights, which tower above virtually the whole of the North of the country, in the 1967 Six-Day War, when a combined force of several Arab armies—including Egypt, Syria and Jordan—attempted to obliterate the Jewish State. Until then, the Syrians had used their topographical superiority to regularly harass rural Israeli communities in the low lying regions around the shores of the Sea of Galilee, frequently inflicting casualties among farmers and damage to agricultural and infrastructure installations.

After bitter fighting, the 1967 Israeli victory put an end to the Syrian attacks. It also ended Damascus’s 21 year control of the Golan, which it had held since Syrian independence (1946)—and which, for the ensuing 52 years, has been under Israeli rule.

Avoiding an error of epic proportions

Disturbingly, despite the critical strategic value of the Golan, successive Israel leaders, including Benjamin Netanyahu, have fallen prey to the allure of the perilous “land-for-peace” formula and been tempted to enter into negotiations over its return to Syria.

Fortunately, it was only obdurate Syrian rejectionism that prevented Israel from committing a strategic error of epic proportions.

Indeed, just how grievous a mistake that would have been was revealed with the outbreak of the Syria civil war in 2011.

It was then that all illusions at to true nature of the Assad regime were dispelled and its utter dependence on Iran was exposed. Up until then, many thought of Syrian president, Bashar Assad, a western educated doctor, as moderate reformer, who could be a genuine partner in forging a viable peace with Israel—in exchange for it relinquishing the Golan Heights to him.

The civil war laid bare not only the unspeakable brutality of Assad and his regime, but also the no lesser viciousness of the forces opposing him, which included affiliates of both Al- Qaeda and of ISIS.

Thus, had Israel relinquished the Golan to Assad prior to 2011, it would have faced grim prospects—no matter who won. If, on the one hand, Assad and his Iranian masters prevailed (as they seem to have done) Israel would have had to contend not only with the specter of regular Syrian military forces being deployed in this critically sensitive area, but also Iranian proxies (such as Hezbolla-like units) and even detachments of the Iranian Revolutionary Guards themselves. If on the other hand, Assad’s adversaries prevailed, Israel would be threatened by the presence of Jihadi affiliates of Al-Qaeda and/or ISIS in territory dominating the entire North of the country.

Accordingly, the Trump decree not only reflected a sound common-sense acknowledgment of a half-century long reality, but also recognition that post-2011 events have made any notion of relinquishing the Golan to Assad—and therefore to his Iranian patrons—unthinkable.

Despite this, the decision immediately provoked shocked response in much of the West and outrage across the Arab and Muslim world. Dire warnings were made as to how detrimental and destabilizing it would be and how it would spark renewed violence in the region—very reminiscent of similar warning following Trump’s historic decisions to recognize Jerusalem as Israel’s capital, to move the US embassy to the city, and to pull out of the nuclear deal with Iran.

None of these past warning proved true—and it is unlikely that any of the new ones will either. Among other things, this is due to one other highly controversial and fiercely condemned component of Trump’s “maverick” conduct of foreign policy—the decision to reinstate sanctions against Tehran.

More than anything, this has debilitated the capacity of the Iranian regime to propagate, and certainly to proliferate, its destabilizing mischief across the globe. In light of growing domestic disaffection at the deteriorating economic conditions and increasing criticism of its military adventurism abroad, it seems unlikely that Tehran will be eager to devote dwindling resources to a retaliatory initiative that almost certainly will provoke a costly punitive response.

So, perhaps once again, Trump’s decisive initiative on the Golan is like to validate the well-known dictum: “Fortune favors the bold.” 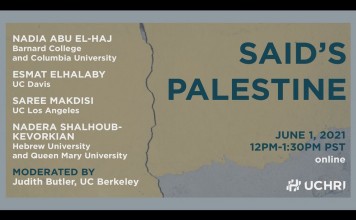 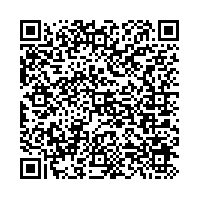