As Israel heads to its fourth Knesset election in two years on March 23, polls show that the outcome is very much in doubt. Neither Prime Minister Benjamin Netanyahu nor any of his rivals seem to have a clear path to a 61-seat Knesset majority, leaving open the distinct possibility of another stalemate and the excruciating possibility of a fifth election later this year.


But if you listen to some of the usual suspects opining about Israel for English-language readers, more than just the fate of the longest-serving prime minister in Israeli history is at stake in the voting.

As we’ve been hearing for years from some of the same sources, Israeli democracy is in danger. Liberal critics of Netanyahu believe that he and his political acolytes, and their ultra-Orthodox partners, are a threat to the country’s democratic system. The Israeli right’s criticisms of its Supreme Court and other elements of the judicial system are spoken of as an ominous threat against the rule of law. Others make familiar claims that the anomalous situation in the West Bank—where Arabs are autonomously ruled by the Palestinian Authority with Israel retaining security control—is a form of apartheid. Taken as a whole, it’s easy to see why many people who only read left-wing Jewish outlets or the mainstream press accept the notion that Israeli democracy is, at best, a shaky proposition and heading towards pure authoritarianism if Netanyahu holds onto power.

Like the old line about the Jews being “an ever-dying people,” always one step away from the threat of extinction, Israeli democracy remains under perpetual threat. But the key to understanding why these jeremiads about the collapse should be taken with a shovelful of salt is that the worries about the future of Israeli democracy were rarely heard during the first 29 years of its existence when the Labor Party ruled the country.

The first decades were marked by paternalistic rule from its Socialist founders and their immediate successors. During those years, Labor ruled with a heavy hand, operating an economic model that was more reminiscent of East Germany than a free nation. Leaders like David Ben-Gurion, the country’s visionary first prime minister, worked miracles in terms of bringing the nation to life and maintaining it amid the constant threat of war. But he also maintained an iron grip on every aspect of life, including refusing to allow television into the country because he thought that it would distract workers from their jobs and keep them up at night. That kind of decision was a lot closer to authoritarianism than even the most egregious abuses that Netanyahu is charged with.

But once the unthinkable happened and the long-despised Israeli right—led by Prime Minister Menachem Begin—came to power in the late 1970s, the laments about the decline of Israeli democracy began and have never entirely let up.

Israel’s Labor Zionist and Ashkenazi elites regarded the rise of the nationalist and religious right—and their Mizrachi voter base—with deep suspicion and not a little contempt. Few outside of the far-left had questioned whether the delicate balance between the two elements of the Israeli national ethos—democracy and the fact that the purpose of the country was to be the nation-state of the Jewish people—until the left lost power. But the respect for Judaism that was so integral to Begin’s worldview (a point eloquently made in the 2014 biography Menachem Begin: The Battle for Israel’s Soul by scholar Daniel Gordis), coupled with his belief in the right of Jews to live in the territories that formed the heart of the ancient Jewish homeland, was seen by many leftist intellectuals with horror.

Although he got no credit for it from liberals while he was alive, Begin was a stickler for both punctilious observance of the proprieties of legal procedure and the rule of law, something that is often invoked as a criticism for the often fast-and-loose approach to governance followed by Netanyahu, who eventually succeeded him as the head of the Likud. But many on the left have always viewed the Israeli right from the same distorted perspective as Ben-Gurion, who saw Begin and his followers as insurrectionists and fascists unfit for power. Few care to relitigate the bloody controversies between the left and right during their era, such as the question of who killed Haim Arlosoroff in 1933 and whether Ben-Gurion was right to fire on the Irgun Zvai Leumi arms ship Altalena in 1948 (in which Begin was nearly killed). Nevertheless, today’s disputes about Israeli democracy can be traced to those arguments, which will never be entirely resolved to either side’s satisfaction.

What those who decry the decline of Israeli democracy most regret is the results of Israeli democracy. From Begin’s first victory in 1977 to 2001, Israel was accurately described as a country split down the middle between left and right. In the wake of the collapse of the Oslo peace process, however, the parties of the left also collapsed. Having bet their credibility on false illusions about the Palestinians being willing to make peace, most Israelis stopped listening to them.

With the argument about a two-state resolved in the negative in the eyes of most Israelis, even many avowedly left-wing voters are no longer casting votes based on the traditional left-right divide about security and territory. Now the issue that divides Israelis, including many who are right-wing, is whether Netanyahu himself should continue in office.

After 12 consecutive years in office, Bibi-fatigue has become a major factor in Israeli politics. Even if you believe that the corruption charges that hang over him (his trial has already begun, but will continue for many months and might even drag out over the course of years with appeals) are both flimsy and trumped-up politicized efforts to achieve by judicial means what the voters have chosen not to do, the prime minister is a living, breathing argument for term limits. The sense of entitlement that emanates from Netanyahu and his inner circle is palpable, as is weariness with his high-handed and often duplicitous political tactics.

But the notion that the critiques from the Likud and its allies about the judicial system and the Israeli Supreme Court are all signs of authoritarianism and contempt for the rule of law is both unfair and inaccurate.

Israel is a country without a written constitution, and as a parliamentary democracy, the Knesset is sovereign with the ability to change even basic laws. But the efforts of the Supreme Court under liberal leadership to fill that constitutional vacuum with arbitrary rulings that overrule the will of the democratically elected legislature and government are themselves often lawless. The courts are in need of reform that would restrain the power of unelected and unaccountable judiciary.

Reasonable arguments about creating more balance between the Knesset and the courts, and ending politicized prosecutions, have been dismissed as authoritarian by those who claim to be defending democracy but are actually seeking to overturn the verdict of the voters. Indeed, the same people who think that the United States should “save Israel from itself” by imposing security and diplomatic policies that Israeli voters have rejected also call for the ouster of Netanyahu, who is in office by virtue of his electoral success. It’s sheer chutzpah to call that an attempt to preserve “democracy.”

Whether or not you regard Netanyahu emerging from the coming political scrum and holding onto his office as a good thing or a disaster, it won’t be a verdict on Israeli democracy. As an unsparing look at the country’s history shows, there have been illiberal elements in Israeli politics on both ends of the spectrum dating back to even before the country’s founding. But for all of its flaws—and with or without Netanyahu or judicial reform—Israel remains a free country. If observers would stop confusing their unhappiness about electoral outcomes for genuine threats to its survival, we’d hear less about the ever-dying spirit of Israeli democracy. 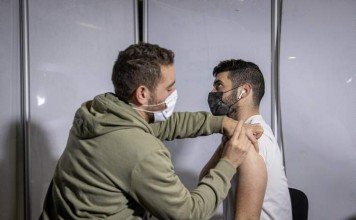 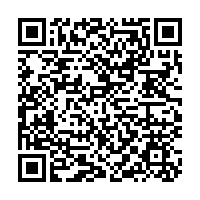