Russian-Jewish tycoon Roman Abramovich is suing the HarperCollins publishing company over its recently published book (June 23), Putin’s People: How the KGB Took Back Russia and Then Took On the West. The book was written by investigative journalist Catherine Belton who served for many years as the Moscow correspondent for the Financial Times.

Abramovich posted a statement on the website of his Chelsea Football Club, following a statement from the players and coaches of the team who declare: “The club and its staff are proud of its many achievements under Mr. Abramovich’s stewardship, including the 16 major trophies won on the pitch by the Men’s team, the eight won by the Women’s team, the major successes achieved by the club’s Academy, the establishment of world-class training facilities at Cobham, and the significant work the club and the Chelsea Foundation are doing in the community, including our continued work to fight all forms of discrimination.”


This hearty show of support is followed by Abramovich’s lawyers, who report: “We have today issued legal proceedings for defamation on behalf of our client Roman Abramovich. The legal proceedings relate to a number of false and defamatory claims made about our client in the book Putin’s People published by HarperCollins. The book falsely alleges that our client has acted corruptly, and makes false claims about our client’s purchase, and the activities, of Chelsea Football Club. Such claims are totally unacceptable and are without foundation.”

Before we continue to the owner’s statement, we should provide some background information regarding his alleged corruption. According to journalist Julius Strauss, Abramovich’s climb to riches began after he befriended Boris Berezovsky, a Russian oligarch, government official, engineer, and mathematician, who made his fortune in Russia in the 1990s when the country went through privatization of state property. He profited from gaining control over state-owned assets, including the country’s main television channel, Channel One. In 1997, Forbes estimated Berezovsky’s wealth at $3 billion (Abramovich’s wealth is estimated today at $11.3 billion). He died in 2013. Strauss cites two sources saying Abramovich first met Berezovsky either in the Caribbean in 1993 or the summer of 1995 on the yacht of his friend Pyotr Aven.

According to kp.ru reporter Olga Vandysheva, Abramovich, together with Berezovsky, founded the Gibraltar-registered offshore company Runicom Ltd. and five Western European subsidiaries. Abramovich headed the Moscow affiliate of the Swiss firm, Runicom S.A. In August 1995, Sibneft was created by Boris Yeltsin’s presidential decree. It was rumored that Abramovich was the chief of the organization with Berezovsky promoting the business in higher circles.

According to Dominic Midgley and Chris Hutchins’s 2005 book (Harper Collins Willow), Abramovich: The Billionaire from Nowhere, in 1995, Abramovich and Berezovsky acquired a controlling interest in the large oil company Sibneft. The deal took place within the controversial loans-for-shares program and each partner paid $100 million for half of the company, above the stake’s stock market value of $150 million at the time, and rapidly turned it up into billions. The fast-rising value of the company led many observers, in hindsight, to suggest that the real cost of the company should have been in the billions of dollars (it was worth $2.7 billion at that time)

And according to reporter Dominic Kennedy in the Irish Independent (July 5, 2008), Abramovich later admitted in court that he paid huge bribes (in millions) to government officials and obtained protection from gangsters to acquire these and other assets (including aluminum).

In 2011, Duncan Gardham reported in The Telegraph about a transcript of a taped conversation that took place between Abramovich and Berezovsky at Le Bourget airport in December 2000. Badri Patarkatsishvili, a close acquaintance of Berezovsky, was also present and reportedly secretly recorded the conversation. According to Mark Franchetti’s report in The Sunday Times (Roman Abramovich firm linked to Russian gangsters), Berezovsky spoke to Abramovich about how they should “legalese” their aluminum business and later claimed in court that he was an undisclosed shareholder in the aluminum assets and that “legalization” in this case meant to make his ownership official. Abramovich reportedly responded in the same transcript that they cannot legalese because the other party in the 50-50 joint venture (Rusal) would need to do the same, supposedly a reference to his business partner Oleg Deripaska. Besides Deripaska, references are made to several other players in the aluminum industry at the time that would have had to “legalese” their stake. Abramovich’s lawyers later claimed that “legalization” meant structuring protection payments to Berezovsky to ensure they complied with Western antimoney-laundering regulations.

Now to Putin. Richard Sakwa wrote in 2011 that Abramovich was the first person to originally recommend to Yeltsin that Vladimir Putin be his successor as the Russian president. In his book, The Crisis of Russian Democracy: The Dual State, Factionalism and the Medvedev Succession (Cambridge University Press), Sakwa reports that Abramovich became one of Putin’s closest confidants, and in 2007, Putin consulted Abramovich on who should be his successor as president (as Putin was switching to prime minister) – Abramovich heartily recommended Dmitry Medvedev. Putin agreed.

In 2017, President Donald Trump cited Abramovich as one of many Russian oligarchs named in the Countering America’s Adversaries Through Sanctions Act, CAATSA, which Trump signed into law.

And now, the statement from Roman Abramovich on the website of his team, Chelsea FC:

Today my legal representatives have issued legal proceedings in England in relation to a book that was published in the UK. The book contains a number of false and defamatory statements about me, including about my purchase, and the activities, of Chelsea Football Club.

Today’s action was not taken lightly. It has never been my ambition to gain a public profile and I have always been reluctant to provide commentary on any matters, including any false or misleading statements about me or Chelsea Football Club.

However, it has become clear that the false allegations in this book are having a damaging effect, not only on my personal reputation, but also in respect of the activities of Chelsea Football Club.

My objective has been to avoid a legal case and my legal team has engaged with the publishers to try to find an amicable resolution. We have provided them with detailed information addressing the various false allegations about me in the book, including the repetition of allegations that have already been held to be false in the English High Court during previous legal proceedings. Unfortunately, these engagements were not successful, and the publisher has not corrected the false statements in the book.

On the subject of Chelsea Football Club. In contrast to the portrayal in the book, my ambition with Chelsea Football Club has always been to create world-class teams on the pitch and to ensure the club plays a positive role in all of its communities. I believe our successes and activities over the years speak for themselves, including the trophies won, expansion of the Chelsea Academy, development of the Women’s team, and the Chelsea Foundation becoming the largest charitable organization within the Premier League.

It is my hope that today’s action will not only refute the false allegations in regard to my own name, but also serve as a reminder of Chelsea’s positive footprint in the UK. I have every belief that the courts will give me a fair hearing, as they have in the past.’

“Putin’s People” has made quite a splash. In conclusions, these were some of the raving reviews:

Anne Applebaum wrote in The Atlantic that Catherine Belton Putin’s People “will surely now become the definitive account of the rise of Putin and Putinism,” as it “adds enough new details to establish beyond doubt that the future Russian president was working alongside the people who set up the secret bank accounts and held the meetings with subversives and terrorists. More important, she establishes how, years later, these kinds of projects came to benefit him and shape his worldview.'”

Peter Frankopan wrote in the Financial Times: “The cast of supporting characters in Catherine Belton’s study of the Russia of Vladimir Putin is extraordinary and worthy of a Netflix mini-series . . . This is modern Russia in full, horrifying technicolor. In Putin’s People, Belton, a former FT Moscow correspondent, leaves no stone unturned in her exposition of how the Russian president and his “people” dominate the largest country on Earth and how they have come to do so.”

And Jennifer Szalai, in The New York Times Book Review, called the book an “elegant account of money and power in the Kremlin,” noting that Belton interviewed “figures with disparate interests on all sides, tracking down documents, following the money. The result is a meticulously assembled portrait of Putin’s circle, and of the emergence of what she calls ‘KGB capitalism’―a form of ruthless wealth accumulation designed to serve the interests of a Russian state that she calls ‘relentless in its reach.'” 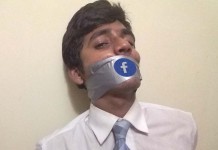 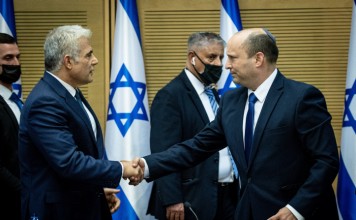 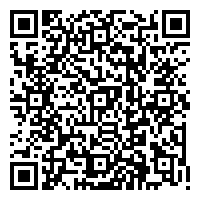