Earlier this week, Rabbi Ephraim Mirvis, Britain’s chief rabbi, broke with precedent and wrote an op-ed article in The Times calling attention to the “new poison” that had taken hold of the Labour Party. Coming less than three weeks before the British people go to the polls to elect a new government on Dec. 12, it was a stark warning of the consequences for British Jewry should Labour prevail and its anti-Semitic leader Jeremy Corbyn become prime minister.

While Labour was already trailing badly in the polls, Mirvis’s powerful cri de coeur seems to have clarified the situation in Britain. Corbyn’s subsequent repeated refusals to apologize for a culture within Labour that has normalized anti-Semitic invective in its ranks, as well as for his own long history of demonizing of Israel and siding with Islamist terrorists, only reinforced the rabbi’s point.

The courageous stand provided a marvelous example of what a leader can achieve when the person filling that role is able to rise to the occasion. The ability of the titular leader of British Jewry to speak out in the defense of the community’s interests at a crucial movement also makes it just as clear that at this moment there is no single person or organization that can play the same role for American Jewry.

This is particularly true when it comes to the one group that has always been relied upon to be the principle voice speaking out against anti-Semitism: the Anti-Defamation League. Under the leadership of Jonathan Greenblatt, who took over from veteran director Abe Foxman in 2015, the ADL abandoned its former status as a respected nonpartisan agency devoted to monitoring and combating anti-Semitism. Under Greenblatt—a former Clinton and Obama administration staffer—it has become just one more liberal Jewish group with a partisan agenda. As such, it has lost the ability that it once had to be a singular and powerful voice that could galvanize the debate about anti-Semitism.

Comparisons between British and American Jewry are generally of little value. The two communities have vast differences, starting with the fact that—in keeping with the nature of American society and politics—there is no centralized leadership that can pretend to speak for all American Jews in the same way that the symbolic position of chief rabbi or the Board of Deputies of British Jews does. Nor have American Jews ever been the outsiders in society that Jews have historically been in Britain.

But even acknowledging these great differences, there is also now a sense among most American Jews that the challenges they face are greater than anything they’ve had to deal with since the Holocaust. Anti-Semitism is growing on both the left and the right. Anti-Zionist invective, fueled by intersectional myths, have becoming widely accepted on the left-wing of the Democratic Party with open supporters of the anti-Semitic BDS movement being treated like rock stars rather than pariahs. Concurrent with that political trend is the fact that hatred and violence against Orthodox Jews has become normalized in places like Brooklyn, N.Y. On the right, extremist alt-right trolls haven’t achieved the influence of their counterparts on the left, though the noise they are making, along with the scattered acts of violence by lone gunmen, has rightly terrified Jews.

To its credit, the ADL has been all over the problem of anti-Semitism on the far-right. Even on that score, however, it has staked out ground that makes it hard to be a unifying factor. Greenblatt’s unrelenting animus for President Donald Trump and his efforts to blame him for anti-Semitism have failed to properly credit the U.S. administration as the most pro-Israel in history.

Anti-Semitic trends that couldn’t be connected to Trump by even the most rabid liberal were swept under the rug. Its belated response to the targeting of Orthodox Jews in Brooklyn by African-Americans has been too little and too late, and bespoke more of a group that is addicted to playing politics than a national defense organization.

Just as bad is the fact that under Greenblatt, ADL has been slow to recognize the threat from the left as basically uninterested in it. That’s hardly surprising given Greenblatt’s role in an Obama administration that helped normalize anti-Israel sentiment within the Democratic Party. Whereas under his predecessor one of ADL’s prime functions was to defend Israel, now it is generally found among the Jewish state’s critics on a variety of issues, often going out of its way to demonstrate solidarity with liberal foes of Israeli policy, whether or not it has anything to do with ADL’s anti-hate brief. That has helped to mute its voice when dealing with BDS advocates who target American Jewry far more than Israel.

It’s also a function of the way Greenblatt has helped transform ADL into a partisan organization—not merely supporting liberal values, but by intervening on issues like Supreme Court nominations in order to mollify left-wing donors eager to keep the organization aligned with Democratic Party priorities.

For all of its problems, the Democratic Party isn’t Labour. And the marginalization and hate that British Jews face cannot be analogized to what is going on in the United States. Still, it’s far from impossible that the Democrats could eventually go the way of Labour if its left-wing routs the centrists as they did in Britain.

No matter what the future brings, there is one thing we know for certain about the fight against anti-Semitism in the United States. The ADL can’t speak up for American Jewry the way Rabbi Mirvis has just done in Britain. American Jewry’s primary defense organization has become part of the problem, not the solution. 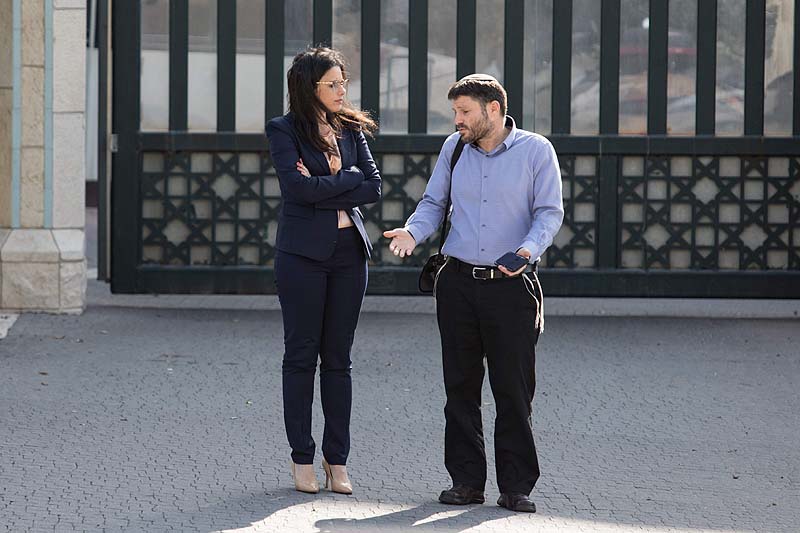 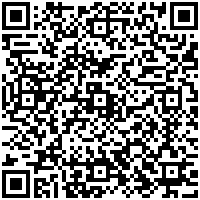