Prime Minister Benjamin Netanyahu and US President Donald Trump on Sunday discussed “the threat from Iran, as well as other critical bilateral and regional issues,” the White House said in a statement.

The statement provided no further details.

The Prime Minister’s Office has so far remained silent on the conversation.

They spoke after Finland, Belgium, Denmark, Netherlands, Norway, and Sweden announced they were joining the INSTEX financial mechanism which will enable them to circumvent US sanctions on Iran.

Netanyahu criticized their move saying that “while the people of the Middle East bravely stand up to Iran and its henchmen, here’s the absurd thing: While all of this is happening, countries in Europe are working to bypass US sanctions against Iran.”

“These European countries should be ashamed of themselves. Have they learned nothing from history? Well, apparently not. They are enabling a fanatic terrorist state to develop nuclear weapons and ballistic missiles, thereby bringing disaster to themselves and upon everyone else,” he added.

“To those who favor appeasement of Iran, I say this: History and your own people will judge you harshly. Change course now,” he concluded. 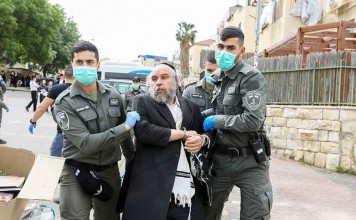 Why Were Charedi Areas Hit So Badly?