Once again, the Mt. of Olives is in the news.

Amid the various terrorism incidents in Jerusalem of late, it is barely noticed that Har HaZeitim (Mt. of Olives) has been a frequent target.


As this is being written, two more attacks have occurred in the vicinity of this ancient cemetery: A little girl was wounded by glass shards after two teenaged Arabs stoned a #1 bus with rocks near Flower (Herod’s) Gate, just before the turn leading to the Mt. of Olives. Four hours later, three young Arabs hurled rocks at a passing bus on Jericho Way, smashing the windshield; the police apprehended the perpetrators, summoned their parents, and called the welfare authorities.

Last week a bus in the same area was targeted by rocks – no one was hurt – and two weeks prior, two Jews were beaten by Arabs outside Yeshivat Beit Orot on the northern slopes of the Mt. of Olives. The victims required hospitalization.

The press originally reported the latter incident, based on preliminary police reports, as a “fracas” between Jews and Arabs. Only later was the truth revealed: It was a full-blown terror attack by Palestinian Arabs using “cold” weapons such as nail-ridden boards and rocks.

It has been noted that the police have apparently fallen into a pattern of playing down Arab terrorism as mere “violence” until such time as the truth can no longer be hidden. One notable case was that of Netanel Arami, 26, a young husband and father of two. He was murdered three months ago by his Arab co-workers when they cut the rappelling gear he used to climb tall buildings to wash windows – yet the police refused to categorize it as terrorism. Only two months later did a court force the removal of a gag order on the fact that the Shabak had acknowledged the murder as a terrorist attack.

Returning to the Mt. of Olives: Shortly before today’s two attacks, Jerusalem Police Chief Moshe Edri toured the area, together with MK Menachem Eliezer Mozes (United Torah Judaism party), Avraham Lubinsky of Brooklyn, founding chairman of the International Committee for the Preservation of Har Hazeitim (Mt. of Olives), and other members of the committee.

Edri promised to significantly upgrade security: “We will strengthen the police station here, as well as security throughout the whole area. We have already appointed a commander, we will add more policemen, and we will install additional cameras.”

Edri said that ten Arabs had been arrested the past week after taking part in arson and gravestone-smashing attacks on Mt. of Olives.

Much has been said about the contributory role of Palestinian Authority incitement and education toward Palestinian terrorism. Here is a typical, seemingly “harmless” example: a report on Sunday by the PA’s official news agency WAFA, the headline of which was “Under Israeli Police Protection, Settlers Break into Al-Aqsa.”

The word “settlers” adds an extra element of danger and dread to the typical Arab reader, even though the Israelis who visited the Temple Mount that day came from all over the country, not only Judea and Samaria. More important, no one “broke in.” They entered the holy site, as is their right under Israeli and international law.

The article states that the “settlers” who “broke in” were “accompanied by a large force of Israeli police” – implying that the police were “accomplices” to the crime of Jewish entry to the site of the Holy Temples. In fact, the police were there to protect the Jews from Arab rioters who often threaten Jewish visitors – who are not even allowed to move their lips in prayer during their few minutes there.

The WAFA article characterizes Temple Mount visits by Jews as “provocative” endeavors that “inflame Palestinian worshipers, especially following the deadly incidents that occurred over the course of the last few weeks in Jerusalem and its neighborhoods.”

The use of the word “provocative” is, of course, as intentional as it is misleading. And the article falsely implies that the recent “deadly incidents” were perpetrated by Jews – when in fact, the violence of the last few weeks is solely Palestinian. No fewer than nine people were murdered in recent Arab attacks in Jerusalem over the past two months, including five in the Har Nof synagogue slaughter.

In conclusion, the Arabs continue to battle to separate the Jews from Jerusalem on all fronts: On the ground, at our holiest sites, with conventional weapons such as knives, rocks, and bombs – and via the media, with no less dangerous weapons: words and innuendo.

Readers are invited to get involved in the “battle of words” for Jerusalem by learning about the Holy City and advocating against giving away its most precious parts to Arab control. For information about our bus tours in news-making areas of Jerusalem, send an e-mail to tours@keepjerusalem.org or visit the Keep Jerusalem-Im Eshkachech website at www.keepjerusalem.org. 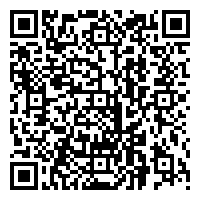