U.S. President Barack Obama negotiated with Cuba to restore diplomatic relations “behind everyone’s back,” lawmakers charged Wednesday night after he announced the restoration of full diplomatic ties with the island nation.

News agencies in the United States buzzed on Thursday with the details of how Obama accomplished that task in a personal 45-minute telephone call on Tuesday with President Raul Castro. The call followed 18 months of secret talks between the White House and Cuban officials that also involved the highest levels of the Vatican – and Pope Francis himself.

As part of the deal, USAID worker Alan Gross returned from Cuba on a U.S. government 757 aircraft after five years in custody, along with a U.S. intelligence agent who had spent the last 20 years of a life term in prison.

The move, which was carried out without any knowledge of Congressional lawmakers on either side of the aisle, inflamed already hot tempers about Obama’s penchant for doing things on his own. Media commentators and some legislators on Thursday referred to the president as “King Obama.”

The president further exacerbated that anger by saying he was “ending an outdated approach that had failed to advance U.S. interests for decades… The previous approach failed to promote change, and it’s failed to empower or engage the Cuban people,” he said. “It’s time to cut loose the shackles of the past and reach for a new and better future with this country.”

Democratic lawmakers expressed shock and disappointment that the president had spent 18 months negotiating with an “enemy, Communist regime” without even consulting with any other legislator from his own party.

Members of the Cuban immigrant community were incensed that Obama had cut through more than half a century of sanctions and provided a “shot in the arm” to the repressive regime they fled for its brutality.

Castro said the 52-year embargo had caused enormous human and economic damage. He added there was still disagreement on many issues, including that of foreign policy.

Following the announcement, however, the Dow Jones Industrial Average leaped, possibly in response. Media commentators began discussing what the economic implications would be if Congress could not control corporate financial and production flow in and out of Cuba. 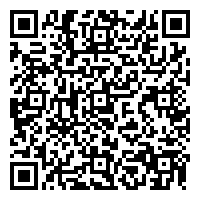