The provost of Harvard University, with the backing of the university’s president, announced there will be an investigation of the decision made by Harvard University Dining Services (HUDS) to boycott an Israeli company.

While this latest decision is welcome, the language of the university’s statement left room for the university to “investigate” and to redistribute a policy that should have prevented the boycott decision, but to do nothing more.

SodaStream’s main factory is located less than five miles from Jerusalem. It employs approximately 900 Arabs, but opponents of Israel prefer to force actions that will deprive those 900 Arabs of the best chance they have of making a decent salary in order to “punish” the Jewish State. SodaStream has already announced it is moving the factory away from the Arabs. Despite that capitulation, the Harvard students continue to support a boycott of SodaStream by the university.

After a few meetings with various administration officials and students, the managing director of HUDS, in consultation with the Dean of Student Life Stephen Lassonde, made the decision to remove the SodaStream label from the machines, sever the business relationship with SodaStream, and switch to different providers.

A Jewish student who is a member of two anti-Israel Jewish organizations, the Progressive Jewish Alliance and Open Hillel, attended the SodaStream boycott meetings.  Rachel Sandalow-Ash gleefully commented for the Crimson on the boycott decision. She noted some students were disappointed that HUDS declined to issue a statement announcing its boycott decision, but she was glad the university “was receptive.”

The obsequious behavior by the administration (imagine removing the name of a company because some students simply could not bear to be in the same building with a machine bearing the name of an Israeli company!) may, it turns out, have violated Harvard policy.

Provost Alan M. Garber issued a statement about the matter. Garber wrote that he and Harvard University’s president Drew Faust only learned of the SodaStream issue on Tuesday. He informed the community that President Faust:

asked staff to get to the bottom of how these conversations started and to learn more about where matters currently stand. Regardless, Harvard University’s procurement decisions should not and will not be driven by individuals’ views of highly contested matters of political controversy. If this policy is not currently known or understood in some parts of the University, that will be rectified now.

So the university policy of not allowing procurement decisions to be driven by politics will be made known, presumably, to all with procurement responsibilities. That part is clear.

Decisions “should not” be made exactly the way the SodaStream boycott decision was made, according to those involved and as reported by the school’s newspaper.

But will the boycott decision be revoked and harvard’s business relationship with SodaStream revert to its pre-April status? Garber’s statement elides that point.

We’re still waiting for the answer to that question, which The Jewish Press posed to a Harvard spokesperson earlier today. 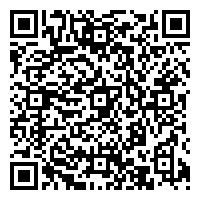