The battle is never-ending. Those who support a sovereign Jewish state in the Land of Israel, and recognize the pure historic justice of its cause, are on the constant defensive in the face of outright lies and misleading insinuations by those who support the dissolution and destruction of Israel.

Consider for example the latest international media star Mohammed El-Kurd, currently residing illegally in the Shimon HaTzaddik neighborhood of Jerusalem. Interviews with this squatter facing eviction on CNN, MSNBC, and others, as well as his presentations to his more than 230,000 (!) Twitter followers, regularly leave a skewed impression of the Israeli-Arab conflict, the “Palestinian refugee” issue, and the nature of the dispute in eastern Jerusalem.


For instance, he is generally presented as a member of a “Palestinian refugee” family from 1948. But in fact, as he himself claims, “my father is from Sheikh Jarrah, and my mother is from Jabal El Mukabbir. My grandmother was born in Jerusalem but was dispossessed from her Haifa home during the Nakba.” Let us analyze this.

His father is from Sheikh Jarrah, an eastern Jerusalem neighborhood that has been Arab-populated without a break for at least a century; no “Nakba” refugees there (other than any due to “economic hardship and low morale,” in the words of historian Benny Morris, who notes that droves of Jews were leaving Jerusalem at the same time). His mother is from Jabel Mukaber in southeastern Jerusalem, with a similar history as that of his father’s hometown.

Then we come to his grandmother, whom he says “was dispossessed from her Haifa home” during Israel’s War of Independence in 1948. Does this mean she was a legitimate refugee? Most likely, not at all. The 50,000 or more Arabs who left Haifa in 1948 can barely fit into any category of refugee, no matter how stretched. The myriads of Arabs who left the city before Israel’s War for Independence were essentially “prompted partly by fear, partly by orders of Arab leaders,” according to Time magazine of May 3, 1948 – but were not forced out by Israeli forces.

What was the interest of these Arab leaders in ordering them to leave? Let’s let Arab sources speak:

The Jordanian daily Falastin wrote on February 19, 1949: “The Arab states… encouraged the Palestinian Arabs to leave their homes temporarily in order to be out of the way of the Arab invasion armies.”

“The removal of the Arab inhabitants … was carried out at our request,” stated the Arab National Committee of Haifa.

The above Time magazine article summed up: “By withdrawing Arab workers, their leaders hoped to paralyze Haifa” – hoping to cause maximum harm to Israel.

That is, the Arab exodus was part of the Arab leaders’ war strategy to destroy the fledgling State of Israel.

This, even as Jewish leaders often encouraged the Arabs to remain. The Jewish Haifa Workers’ Council, for instance, appealed to the Arabs of Haifa: “… do not bring upon yourself tragedy by unnecessary evacuations and self-imposed burdens…”

El-Kurd’s grandmother was, in all likelihood, among those who left Haifa of their own volition, for the sole purpose of helping along the destruction of Israel! She and others then joined the Jordanian war effort, then made her way to Jerusalem after Israel’s victory – and, for the icing on the cake, squatted in Jewish-owned property. Is it logical or right to consider her a “refugee” and expect that her family reside there rent-free??

Thus, when El-Kurd told DemocracyNow.org this week, “My grandmother was among 27 other families that were forcibly expelled from their homes in the 1948 Nakba,” it would seem that the burden of proof for this statement is squarely upon him – including details of who precisely “forcibly” expelled them!

Other infuriating claims by El-Kurd: It would be “psychotic” to ask Palestinians to refrain from violence… ”

“There is no archaeological evidence that the First and Second Temples existed” [essentially erasing Jewish history and Jewish connections to the Holy Land] …” and “All Israelis are the same. They’re all terrorists.”

Elsewhere, however, he differentiated between them, saying that Jews who live across the Green Line [in Judea and Samaria] are “psychotic” and “rabid dogs.”

Why does that matter? Try this: If you hear of a Jewish-Arab dispute in Sheikh Jarrah, does it not sound like the Arab side is in the right? But when you hear that it is actually the Shimon HaTzaddik neighborhood, would you not realize that the Jews are likely legitimately returning to their homes and roots?

Furthermore: When Jordan took control over Jerusalem between 1948 and 1967 – without international legitimization – it, with the cooperation of the United Nations World Refugee Agency (UNRWA), allowed 28 Arab families to move into Jewish-owned homes in Shimon HaTzaddik. It stopped short of actually granting ownership of these properties to the Arabs, arranging only a type of lease.

Here’s how El-Kurd depicted this situation, in an interview this week with Democracynow.org: “The UN, alongside the Jordanian government, decided to build the units at Sheikh Jarrah as a refugee project to house them. Unfortunately, both of these entities never fulfilled their promises of transferring the land ownership to the Palestinian refugees…” Even if such promises were ever made, which is unlikely, they were totally baseless – for under international law the Jewish-owned property could not be stolen by Jordan and distributed at its whim!

And thus, for El-Kurd to continue to refer to the buildings as “our homes” is a falsehood repeated so often that, most unfortunately, its deception is no longer noticed. 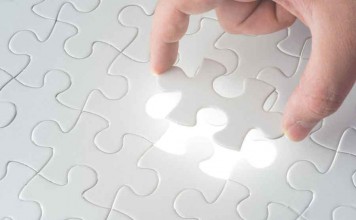 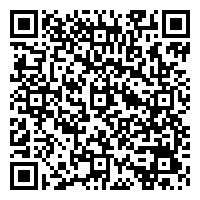