Sheikh Jarrah has been very much the talk of the town of late, but the talk is replete with sketchy details and vagueness. Many do not know if this Jerusalem neighborhood is actually Jewish or Arab, why it is in dispute, and – the main point of this article – why Israeli law there appears to favor one side over the other.

Let us start with one critical event that occurred 73 years ago that colors everything that has happened there ever since.


On the morning of April 13, 1948, Arabs in Sheikh Jarrah ambushed a convoy of Jewish vehicles on their way to the besieged Hadassah Hospital. The “battle” lasted for close to six hours while a British army force stood passively by, despite repeated pleas that it intervene to save lives. Only well after the buses and other vehicles were set ablaze with their passengers inside did the British take action and rescue those Jews who had not yet been murdered. Seventy-eight Jews, mostly doctors and nurses, were killed, and dozens were wounded.

In retrospect, one of the ironies of this terrible tragedy in Sheikh Jarrah was that it took place adjacent to the Jewish neighborhoods of Shimon HaTzaddik and Nachlat Shimon, home to properties owned and inhabited by dozens of Jewish families. It is these properties that are now the subject of Arab Palestinian violence and international criticism of Israel.

It is critical to emphasize this point: The controversial houses were built in the Jewish neighborhood of Shimon HaTzaddik, and not, as most news reports would have you believe, in Sheikh Jarrah. Yes, scream it from the rooftops: The houses are Jewish-owned, not Arab; this is not an issue of an attempted Jewish takeover of a peaceful Arab neighborhood. On the contrary, the Arabs who refuse to cease unlawfully squatting have time and again initiated violence against the Jews.

In fact, it was this violent Arab refusal to accept that those they had banished decades earlier had in fact returned to their homes that led to the Hamas-initiated war of several weeks ago.

How exactly did the Jews “lose” their properties in 1948? It happened a month after the Hadassah Hospital convoy massacre, when the State of Israel was formed – with Shimon HaTzaddik, Sheikh Jarrah and the rest of “eastern Jerusalem” outside its borders. Arabs moved into the Jewish homes, while the real owners, who had moved to within Israel’s borders, waited patiently to actualize their legal claims to their homes.

In 1950 and in 1970, the Israeli Knesset passed two laws which some see as mutually contradictory and discriminatory – a view based on a superficial, misguided, and unjust outlook on the history of the Land and State of Israel.

The 1950 Absentee Property Law transferred the property of absentee Arab landowners into the possession of the State of Israel. Who were these landowners? On the whole, they were Arabs who had run away from the battlefront before and during the War of Independence, with encouragement and promises from the attacking Arab countries that they would soon be able to return in victory over the Jewish entity. They were thus accomplices in the Arab war effort to destroy Israel.

On June 8, 1951, for instance, the Secretary-General of the Arab League wrote in a New York Lebanese daily that in 1948, then-League Secretary Azzam Pasha had “assured the Arab peoples that [victory over the Jews] would be as simple as a military promenade…” – underscoring that which the Jordanian daily Falastin wrote on February 19, 1949: “The Arab states… encouraged the Palestinian Arabs to leave their homes temporarily in order to be out of the way of the Arab invasion armies.”

Thus, the homes abandoned in order to facilitate Israel’s destruction were legally rendered the property of the State of Israel. This jibes with Israel’s refusal, with the world’s understanding, to accept Arab Palestinian “refugees”: Israel need not allow people to return to their homes so that they might finish off, from within, the destruction of Israel that they sought to accomplish in 1948.

On the other hand, a second law, the Legal and Administrative Matters Law of 1970, negated a similar transfer of absentee Jewish-owned properties to their present Arab occupiers. Such properties left behind in Arab-populated areas in Israel, according to this law, may be reclaimed by the Jewish owners.

As intimated above, the fairness of this seeming discrimination is made patently clear when viewed from a historical vantage point of war and peace. The Jewish owners were truly thrown out of their homes, the war made it impossible for them to remain, and the Arabs who took over their property did so with warlike intentions of conquest.

On the other hand, the Arabs who left their homes had no reason to leave. In many cases the Jewish leaders even encouraged them to remain. For instance, the Jewish Haifa Workers’ Council appealed to the Arabs of Haifa, “… do not bring upon yourself tragedy by unnecessary evacuations and self-imposed burdens…” The Arab-sponsored Institute for Palestine Studies in Beirut found that 68 percent of the Arab refugees in 1948 left without even seeing an Israeli soldier. Rather, “the removal of the Arab inhabitants … was voluntary and was carried out at our request,” stated the Arab National Committee of Haifa – as part of the pan-Arab master plan to destroy Israel.

Note that in many cases Israel bent over backwards towards the Arabs, such as in not demanding the return of the Jewish-owned area of the Dehaishe refugee camp near Bethlehem, paying out 10 million NIS in compensation to previous Arab owners, allowing the Arabs of Lod and Ramle to return, and more.

Thus, to return the story back down to the nitty-gritty of current events, it is perfectly logical, historically justified, and legal according to several Israeli court rulings, for the Jewish owners of these properties to demand either the payment of rent or the evacuation of the property. Though in many cases the Jews allowed the Arab tenants the first option, they are also well within their civil and national rights to demand the second.

The radical left-wing Ir Amim organization self-righteously blames Israeli law for both “legaliz[ing] expropriation of Palestinian property in East Jerusalem” and also “allow[ing] Jews to claim their property from before 1948, in clear discrimination due to nationality-ethnicity.” As explained, the discrimination is actually based only on the motives of those who left: The party that left in order to destroy the other need not morally be allowed to return, while the party that was forced to leave is certainly entitled to reclaim its property.

“The consequences of that discrimination,” Ir Amim continues, “are evident in neighborhoods such as Silwan and Sheikh Jarrah, where Palestinian families, some of which are refugees from 1948, are being evicted from their homes…” Behind these words lie the assumption that these are unwilling “refugees, when in fact, as we have seen, this is not the case in many if not most cases. Remember this the next time the words “evicted from their homes… Silwan and Sheikh Jarrah” appear in your news feeds. 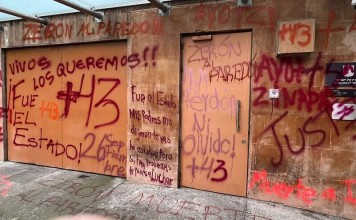 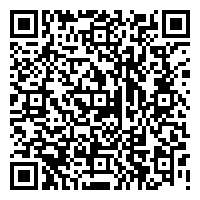