As we focus on Jerusalem as the central issue of the on-again, off-again – but always looming – negotiations with the PA, let us take a look at the latest flashpoint in our holy city: The Shepherd Hotel.
The essential details are these: The Shepherd Hotel stood for 81 years overlooking Shimon HaTzaddik‘s gravesite in a neighborhood that was once very Jewish but is now predominantly Arab; a Jew purchased it in 1985; the world is aghast at the prospect that a new Jewish neighborhood of 20 apartments is to be built there.
Of course, there is more to be told – and it explains the historical justification for the presence of Jews on the site: The land in question was originally owned by Hajj Amin el-Husseini, who, as mufti of Jerusalem, forged close ties with the Nazis. In 1929, when his anti-Jewish incitement led to Arab riots and over 120 Jewish deaths across the Land of Israel, he had a spacious house built there – later to be known as the Shepherd Hotel.
The mufti later rented the house to a Christian Arab historian named George Antonius, another enemy of the Jewish people. Antonius helped the Arabs create many myths of “Palestinian Arab nationalism” and, together with his wife, Katy, rendered the building a meeting place in which top Arabs and like-minded British officials often socialized.
On April 16, 1948, with British forces standing by, a Jewish convoy to Mount Scopus was attacked and 78 Jews were brutally murdered. This infamous incident occurred just down the block from the site of the Shepherd Hotel where British forces were stationed.
In terms of historical justice, then, it is a no-brainer that this symbol of anti-Semitism and anti-Jewish nationalism make way, legally and above-board, for the Jewish nation’s return to its eternal homeland and capital.
Recently, in accordance with plans by owner Irving Moskowitz to build a Jewish neighborhood there, the hotel was demolished. A few days later, a stop-work order was issued when the “Muslim Committee” complained that a historic Muslim site was being destroyed. Three days later, the Interior Ministry rejected the complaint and work resumed.
In light of disapproving noises by world leaders, including U.S. Secretary of State Hillary Clinton, Prime Minister Netanyahu has noted repeatedly that the project is a private venture – and that the construction is an expression of democratic values: “The State of Israel cannot be expected to forbid Jews from purchasing private property in Jerusalem. No democratic country in the world would impose such a ban on Jews, and it cannot be expected that Israel will be the one to do so.”
“Just as Jerusalem’s Arab citizens are allowed to buy or rent assets in Jerusalem’s Jewish-majority neighborhoods,” Netanyahu added, “Jews are allowed to rent property in a Jerusalem neighborhood with an Arab majority.”
Just below the Shepherd Hotel site is the holy site of the grave of Simon the Just, of the Second Temple period, where Jews study, pray and visit all day long. Just across the street lies the Shimon HaTzaddik neighborhood – houses that one by one are being restored, after protracted legal proceedings, to their original Jewish owners. Some ten Jewish families currently live there.
Radical left-wing groups such as Ir Amim have called for a halt to Jewish construction plans in the area and a “freeze” on the evictions of Arab residents from the area. Such organizations want the borders between the Jewish and Arab parts of the city to remain as distinct as possible, in order to facilitate the “negotiated process [regarding Jerusalem] between Israel and the Palestinians” that Ir Amim’s website calls for.
Since the Arab side insists unyieldingly that such negotiations give them nearly complete control over all of eastern Jerusalem, it is clear that those who oppose Jewish construction in Shimon HaTzaddik and the Shepherd Hotel site actually want nothing less than the division of Jerusalem.
It must be made crystal clear: Opposition to a Jewish Shepherd Hotel means support for the division of our holy eternal city of Jerusalem into two: A Jewish city, on the one hand, with the Knesset, Central Bus Station, Supreme Court, luxury hotels, and the like – and on the other hand an Arab city that includes the Old City, Mt. of Olives, City of David, Mt. Zion, etc.
On a practical level, it may well be asked: Do Jewish enclaves in Arab-populated neighborhoods work? The answer is yes, though they have 24/7 protection – similar to many buildings in New York City. An example of this co-existence is the Maaleh HaZeitim project at the foot of the Mount of Olives in the Ras el-Amoud neighborhood, a 15-minute walk from the Western Wall. Dozens of Jewish families, the first of whom moved in eight years ago, live there with barely a hostile incident recorded.
Not far away live some 75 families in the City of David, amid thousands of Arabs – many of whom live in illegal structures. The area was the site of some clashes recently, but the 20-plus years of the Jews’ renewed presence on the site of ancient Jerusalem – the seat of King David’s kingdom – have made basically little news on the security front.
In future columns, we will elaborate further on some of the above points. Meanwhile, we have seen that expanding Jewish life in all of Jerusalem is safe, legal, historically correct and politically wise.

We invite you to visit Jerusalem and take part in our bus tours of critical but little-known parts of Jerusalem and environs, and see for yourselves the implications of dividing our Holy City. For information, send an e-mail to tours@keepjerusalem.org or visit our website at www.keepjerusalem.org.


Chaim Silberstein is president of Keep Jerusalem-Im Eshkachech and the Jerusalem Capital Development Fund. He was formerly a senior adviser to Israel’s minister of tourism. Hillel Fendel is the senior editor at Israel National News/Arutz-7 and an author. Both have lived in Jerusalem and now reside in Beit El. 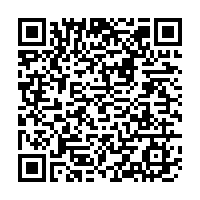