The Jewish people have had bitter experience in recent decades with enemies who repeatedly vow to destroy them. Despite this, here are some of the arguments being presented as to why Israel should not attack Iran:

● Israel will require American support – meaning intelligence, equipment, diplomacy – for whatever actions it takes against Iran.

● A strike could trigger rocket attacks against Israel, followed by a drawn-out war.

● Obama truly wants to prevent Iran from going nuclear, and an Israeli attack would weaken his hand.

On the other hand, here are some of the arguments in favor of a pre-emptive Israeli strike:

● Iranian leaders have repeatedly stated their goal of destroying Israel. Nuclear weapons will allow them to realize this goal – or to continue to threaten to do so while encouraging Hamas and Hizbullah to attack Israel.

● An Israeli attack will not lead to all-out war, for neither Iran nor Israel are interested in it; each side will carefully measure its actions and responses so as to ensure that war does not occur.

● Diplomacy has run its course, with even UN diplomats now saying Iran uses negotiations as a stalling tactic. Similarly, the sanctions are too late, as Israel can’t afford to wait a year or two to see if they will be successful.

● A Wall Street Journal editorial said that because of the U.S. presidential election, American opposition is no longer red but yellow. Washington knows the time to act against Iran is running out, and Obama will be hard-pressed to oppose an Israeli strike with Election Day approaching.

As the editorial put it, “If the U.S. has no serious intention to go beyond sanctions, Israel’s only alternative to action is to accept a nuclear Iran and then stand by as the rest of its neighbors acquire nuclear weapons of their own. That scenario is the probable end of Israel.” In short, it is a zero-sum game: Either Obama will go for it, thus “saving” Israel, or he won’t, and then Israel must attack.

It is known that Netanyahu leans toward bombing Iran, and that his political ally on this is Defense Minister Ehud Barak. “Thwarting Iran’s nuclear ambitions will be difficult,” Barak has said, “but dealing with this challenge after they have been realized will be much more complex and dangerous.” He has also made it clear that a nuclear Iran will lead to an arms race in the entire Arab world, thus “destabilizing” the Middle East – quite clearly an understatement.

One of the major puzzles of Israeli politics has long been: What is Ehud Barak doing in Netanyahu’s government? Formerly head of the Labor Party, Barak heads the Defense Ministry and is even one of Netanyahu’s deputy prime ministers. It has long been surmised that Netanyahu keeps him around solely because he needs his experience, support and encouragement for a strike on Iran.

Following this logic, it is apparent that Netanyahu is truly quite strongly in favor of hitting Iran – because he pays a high political price for keeping Barak around, especially among his one of his most important voting blocs: The residents of Judea and Samaria (Yesha). As governor of the IDF-run region in his capacity as head of the Defense Ministry, Barak has repeatedly angered this sector with his refusal to approve Jewish construction, outposts and even towns in Yesha. He has ordered demolitions of houses and outposts, and many young activists have been arrested and even banned from Yesha under his watch.

Just this week Barak publicized a letter he wrote to Netanyahu “advising” him not to approve the College of Judea and Samaria in Ariel – in the heart of the Shomron – before the Supreme Court rules on it. Education Minister Gideon Saar and influential Likud MK Ze’ev Elkin were furious at Barak, saying he had pulled a “transparent” trick and violated the coalition agreement. Their anger only seems to underline their certainty that Barak’s “recommendation” will be in fact adopted – because ridding Israel of the Iranian nuclear threat trumps all. 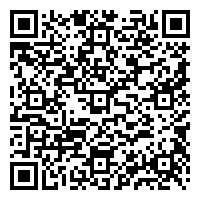