The obvious question at this time for supporters of Israel, of course, is: Where does Joe Biden stand on Israel and Jerusalem? And less obviously, but even more critically: Where do the people he surrounds himself with stand on these issues?

Regarding Israel in general, Biden is considered a good friend, as his Senate voting record shows. A few years ago, he said, “My father pointed out to me that I did not need to be a Jew to be a Zionist…. Israel is essential for security of Jews worldwide.” (He then immediately added, however: “and a state of Palestine, each enjoying security, self-determination, and mutual recognition.”)


Back in 2008, Biden said, “My support for Israel begins in my stomach, goes to my heart, and ends up in my head.”

But what about Jerusalem? For instance, President Trump has moved the U.S. Embassy to Jerusalem; would Biden move it back if he becomes president?

In April of this year, Biden said, “The embassy should not have been moved. [It should only have been relocated] in the context of a larger deal to help us achieve important concessions for peace in the process.”

That is, according to Biden, the U.S. should have kept the Jerusalem carrot hanging just out of Israel’s reach for as long as possible until America could squeeze out every possible Israeli concession. However, “now that it [the embassy’s relocation] is done,” Biden said, “I would not move it back to Tel Aviv.”

“But he would re-open our consulate in East Jerusalem to engage the Palestinians,” a Biden campaign spokesman said. “He would also return the U.S. to the effort of encouraging a two-state solution.”

The word “return” in this context is key. It’s important to recall that when Biden was vice president under Barack Obama, their administration promoted the creation of a Palestinian state in the heartland of Biblical Israel – and the division of Jerusalem into Israeli and Palestinian capitals. We must thus be wary that a President Biden would look to the same old failed advisors who will regurgitate the same old failed solutions that promote splitting Jerusalem in two.

Here are some of the people who currently advise Biden, along with some of their credentials. Let the reader decide if they’re good for Israel:

Tony Blinken served as Deputy National Security Advisor under Obama; Carlyn Reichel is a former speechwriter for Secretary of State Hillary Clinton; Colin Kahl served as Deputy Assistant to President Obama; and Daniel Shapiro was the U.S. ambassador to Israel during the Obama administration.

Keep in mind that the division of Jerusalem would be catastrophic for Israel on many levels: Jerusalem has been the capital of the Jewish people for over 3,000 years – and never of any Arab entity. Conceding any portion of it, especially its holiest sites, and dividing it would be a major moral and political blow for the Jewish state and Jewish people.

Furthermore, any concession in Jerusalem will invite pressure to concede on issues such as refugees and Judea and Samaria. And of course, placing parts of the holy city under Arab sovereignty would likely mean a return to the very difficult security situation the city experienced before 1967, which would lead, in turn, to large numbers of Jews leaving Jerusalem.

When then-Vice President Biden visited Israel in 2010, he and Obama were deeply “offended” when the Israeli government announced that it planned on building 1,600 units in the neighborhood of Ramat Shlomo. Biden abruptly cut his trip short, and Obama demanded that Israel agree to a freeze on all Jewish construction in eastern Jerusalem (in addition to the 10-month freeze that Israel had already agreed to in Judea and Samaria).

And in fact, these areas of Jerusalem saw no construction for nearly seven years – until President Trump took office. Ramat Shlomo is now blossoming with new homes, roads, and residents.

Our work at KeepJerusalem to ensure that Jerusalem remains united, secure and with a large Jewish majority is always critical, regardless of who the U.S. president is. But our strategy must now adapt if Biden becomes president since a Biden administration would likely adopt the Obama policy of seeking to divide Jerusalem.

So now is the time to create irrevocable facts on the ground. As former Jerusalem City Council member Yair Gabbai wrote this week, two major construction projects practically ready for implementation must be carried out immediately. Between the two of them – Givat HaMatos, near Talpiyot, and Atarot, close to Jerusalem’s northern tip – over 12,000 new housing units will be added.

This construction would drop housing prices in the city and impede the immigration of young couples to other cities. “It would also bring about historic justice,” Gabbai said, “in that the Palestinian dream of dividing Jerusalem would evaporate.” 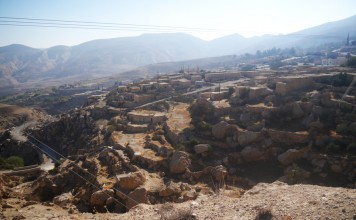 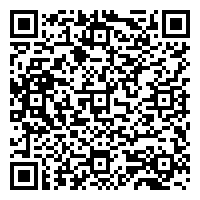