It happened last week: In light of relentless international opposition, the Jerusalem District Planning Committee found a way to postpone construction of a new Jewish neighborhood in what used to be the Atarot airport in northern Jerusalem. The excuse for this: a purported need to conduct an environmental survey. The survey will take at least a year.

The United States, the European Union, and several ministers from the current left-leaning, Israeli-Arab government coalition were pushing strongly for the postponement. This, even though the city council itself had just days before approved the neighborhood. American pressure came not only in the form of a direct message from the State Department, but also the presence of a U.S. Embassy official at the very meeting at which the postponement was decided upon.


Jerusalem City Council member Ofer Berkovitz said there is no reason why the new neighborhood could not be approved and advanced simultaneously with conducting the environmental survey. The 9,000 housing units that were set to be constructed in Atarot would have significantly alleviated the housing crisis in Jerusalem, and would have helped guarantee full Israeli sovereignty over the entire city, for the following reasons:

As we have explained in previous articles, northern Jerusalem is a critical front in the Arab drive to take over parts of Jerusalem and then form yet another Arab country in the Land of Israel. Atarot is the main Jewish presence in northern Jerusalem. It is the site of a Jewish village in both biblical times and the early decades of the 20th century, a currently closed airport, and a huge industrial zone that has dwindled to less than half its size as a result of the Oslo War.

The current threat to Atarot is very real: The nearby Arab neighborhood of Kafr Akeb is about to overflow its banks with illegal and unsafe Arab construction that is liable to spill over into Atarot.

Atarot is thus a vitally strategic area in the struggle to ensure that united Jerusalem remains under Israeli sovereignty. If Atarot does not remain Jewish, a contiguous north-south route of Arab neighborhoods – Kalandia/Bir Naballa/Beit Hanina/Shuafat and further south to Abu Dis and Bethlehem – will essentially divide our capital. On the other hand, the large Jewish neighborhoods of Pisgat Ze’ev and N’vei Yaakov cannot continue to be connected to the rest of the city merely by a highway.

“It is construction projects like this [in Atarot] that will save Jerusalem [from being divided],” said Jerusalem lands activist Aryeh King. For the only way to prevent the strangling of existing Jewish neighborhoods, in addition to buffering them up, is to build new ones alongside them. This is clearly a national priority.

Nearly a year ago, plans were finalized in southern Jerusalem for the construction of a new mostly Jewish neighborhood in Givat HaMatos. There too, heavy international pressure impeded the approval of the neighborhood, located adjacent to Beit Tzafafa (Arab) and Kibbutz Ramat Rachel, along the route leading to Gush Etzion. In fact, the Israeli government, after issuing and awarding the construction tenders in Givat HaMatos, made sure to finalize and close them just hours before U.S. President Joseph Biden was inaugurated. Work on the over 1,200 housing units there is now underway.

Atarot is planned as a mostly hareidi neighborhood. Although the future disposition of a neighborhood is not generally stated outright, several hints reveal the secret: The buildings will not be higher than nine stories, so that the highest floors can be accessed on the Sabbath by those who do not use Sabbath elevators; special sukkah porches with no ceiling above them are planned for each apartment on the higher floors; and lots have been designated for synagogues and mikvaot.

Haaretz commentator Nir Hasson wrote last week, “The [postponement] hearing well summed up the planning failure of united Jerusalem ever since 1967. The decision makers and planners don’t see the city as a place that must be planned and built for its residents, but rather as a geo-political chess board that must be built up in order to separate between two [Arab] neighborhoods, to preserve the [Jewish] majority, or to thwart a diplomatic plan to divide the city.”

What Hasson sees as a “failure” and a contradiction between civilian needs and demographic/diplomatic considerations, we at KeepJerusalem see as validation and a natural outgrowth of the Jewish return to our homeland. For what could be more important to the historic national and religious capital of the Jewish People for over 3,000 years than ensuring that it remain Jewish? Israel must certainly do all it can to ensure that Arab neighborhoods in its capital not become so large that they can no longer be policed (though this already the case in some areas) and that Jews are afraid to enter. We must also proudly do everything possible to ensure as large of a Jewish majority in Yerushalayim as possible, and certainly to thwart any and all diplomatic plans to divide our holy city.

And this is why building up Atarot, Givat HaMatos, and everywhere in the Jerusalem areas liberated over 50 years ago in the miraculous Six-Day War is the charge of the hour.

To help spread the message that Jerusalem has always been, and must remain, Jewish-governed, please join and invite others to KeepJerusalem’s eastern and northern Jerusalem bus tours. Email us at info@keepjerusalem.org or visit us at www.keepjerusalem.org. 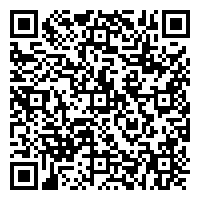