The Palestinian Authority’s latest excuse for postponing its elections: the Arabs of Jerusalem are not being allowed to participate.

Aren’t elections the very backbone of a democratic society? Certainly they are – unless we’re talking about the Palestinian Authority. The last time the PA held a presidential election was back in 2005 – almost 15 years ago. And the last time PA residents voted for legislative representatives was a year later.


Mahmoud Abbas of Fatah was originally elected to a four-year term. The years have rolled by, announcements of new elections have occasionally been made, and Fatah and Hamas have wrangled and fought. Through it all, Abbas has remained at the helm. He has now been holding onto power, quite illegally according to many public PA figures, for practically a full decade.

In February 2011, the PA announced it would hold general elections “by September at the latest.” After Hamas, which holds the majority of seats in the PA legislature, said it would not take part in the elections, September came and went, as did many other announced election dates.

A year ago, Abbas announced that “the constitutional court…issued a decision to dissolve the parliament and call for elections for the parliament within six months.” That was over 12 months ago. And now, the subject has arisen once again. Abbas’ spokesman announced last week that “the chairman and the PA leadership are determined to hold elections at the earliest opportunity – but not at any price.”

He further said, “Elections are necessary for stabilizing the Palestinian democracy [sic] and ending the internal disputes via the polling booth, but not at the expense of Jerusalem.”

What does Jerusalem have to do with it? The answer is that the PA demanded, a month ago, that Israel allow the residents of eastern Jerusalem to vote in the PA’s elections. Had Israel said, it would have been a great victory for the PA as it would have amounted to an Israeli acknowledgement that Jerusalem is negotiable.

And that’s precisely why Israel refused to even respond to the ultimatum. A top-level meeting was held on the topic, and the decision was made to ignore the PA’s demand. It appears that this decision, though, will enable the PA to once again push off elections.

Israeli media reported that the Arab demand to include Jerusalem residents was meant merely as an excuse for the PA to backtrack from its promise to hold elections. Hamas would likely win if elections were held now, and no one in the Abbas leadership circle wants that.

The overwhelming majority of Arabs living in eastern Jerusalem do not hold Israeli citizenship, even though they are eligible for it. The status of most Arabs in these areas is that of “permanent resident.” They cannot vote in Israeli national elections, but otherwise they have the same rights as bona-fide citizens.

In 2005 and 2006, Israel allowed Arabs living in Jerusalem to take part in PA elections. However, as the PA intensifies its attempts to make Jerusalem the capital of the state it is planning, Israel has stepped up measures to prevent PA activity in eastern Jerusalem. For instance, it recently arrested workers of a PA television channel that regularly broadcasts anti-Israel and even anti-Semitic incitement.

Itamar Marcus of Palestinian Media Watch explained to KeepJerusalem what happened: “For a long time the PA broadcast a weekly television show from Jerusalem in total violation of the terms of its agreements with Israel. Finally, a few weeks ago, Israeli security intervened, arrested the workers there – though they released them within a day – and closed down the broadcasts.”

Earlier this year, Public Security Minister Gilad Erdan canceled a PA soccer match that was to have been held in Jerusalem in honor of Arab terrorists imprisoned by Israel; extended an order to close PA institutions in eastern Jerusalem; and disallowed events such as a conference promoting a PA takeover of eastern Jerusalem. “I will not allow an event that glorifies terrorists and violates Israeli sovereignty to take place in our capital Jerusalem,” Erdan said in April.

Arabs who live in eastern Jerusalem will not be allowed to set the stage for a PA state that includes Israel’s capital. 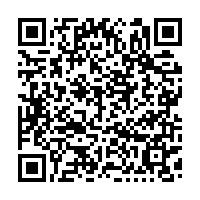