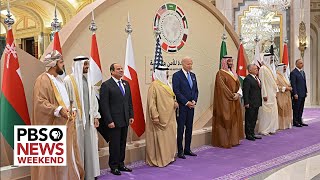 Many Arabs believe that US President Joe Biden’s recent visit to the Middle East was a failure, mainly because the Arab countries still do not have confidence in his administration’s policies. The Arabs point out that one of Biden’s biggest mistakes was that he took America’s Arab allies for granted while embarking on a policy of appeasement towards Iran’s mullahs.

The Arabs are saying that Biden failed to promote normalization between Israel and Saudi Arabia, convince the Saudis to increase oil production, and establish a security alliance to confront the threats from Iran and its proxies. He also failed to achieve a breakthrough in the stalled Israeli-Palestinian peace process, they note.


“The Biden administration made major mistakes in its relations with its historical allies in the region, which came in the context of the legacy of the era of former President Barack Obama and his strange bias towards the so-called Iran Option,” wrote Lebanese journalist Ali Hamadeh. “The Biden administration made this option a priority in its foreign policy in order to reach a nuclear agreement with Iran.”

Hamadeh said that the credibility of the US administration remains at stake, especially in light of its policies in the region and attitude towards America’s historical and traditional Arab allies whose national security and vital interests have been compromised.

“The Americans viewed the allies as a mere ‘back- yard’ of the US… Today, however, the situation has changed, and the allies have an excellent foreign policy that is based on trying to build diverse relationships and strategic alliances with different powers in the world, such as America, China and Russia. The region is no longer the monopoly of Western decision-making, although those countries that are allies of the US have always considered the latter the first and most important strategic ally. Now, the US is no longer the only strategic ally or partner.”

Biden’s intention, the Lebanese journalist pointed out, was to fix the flaw in relations with Saudi Arabia, the United Arab Emirates, Egypt, and even with Israel.

“However, Biden found leaders of a new type with new perceptions of the interests of their countries… America’s credibility in the region has declined. The behavior of the Obama and Biden administrations regarding Iran and Afghanistan served as a wake-up call for the countries of the region. Hence, the Arabs are very cautious in their optimism about the results of the Biden visit.”

Although the Arabs “appreciate” the Biden administration’s efforts to correct its mistakes, they see that this effort came too late, said Hamadeh.

“The presidential term is almost in the middle, the mid-term elections for Congress are around the corner (November 2022), and the popular approval rating for President Joe Biden according to major polling institutes is very low (30 percent)… This reality reflects the fact that the president and his administration are weak. As such, it is difficult for major countries in the region to consider the current US official discourse as a stable one.”

“The first was political, namely, to besiege Iran and increase the pressure on it through the establishment of an alliance or a regional security axis with the aim of securing Israel and preventing Tehran from acquiring nuclear program weapons. The second was an economic goal, to reduce the prices of oil, petroleum and other energy products in international markets. In my estimation, Biden failed to achieve both goals, in addition to the statements issued by some of the countries participating in the summit rejecting the policy of alliances.”

According to Abdel Salam, the US president returned to Washington empty-handed because he did not “besiege” Iran or reduce the prices of gasoline and oil in his country. Instead, he said, the opposite happened, as oil prices increased by 2.5% after a US official confirmed that Washington does not expect Saudi Arabia to increase oil production immediately.

Sayed Zahra, deputy editor of the Gulf newspaper Akhbar Al-Khaleej, wrote that the Arab leaders who attended the summit in the Saudi city of Jeddah together with Biden sent a message to the US and the rest of the world that the Arabs alone can determine what their interests are and how they should be protected and defended.

“No one else has the right to tell us what to do,” Zahra wrote.

“At the Jeddah summit, the Arab leaders set forth great principles that represent the foundations of the new era in the region. They demonstrated that the Arab countries have their own independent vision of the region’s issues, what threatens its security and stability, and how to confront and deal with the challenges. On the basis of this point of view, the Arabs rejected the so-called Arab NATO. Accordingly, the relations between the Arab countries and America and any other global power must be based on mutual respect, exchange of interests and non-interference in internal affairs. Based on these rules and foundations established at Jeddah, it can be said that the summit represents the beginning of exploring the future of relations American Arabic.”

Saudi political analyst Mohammed Al-Saed wrote that he too shared the view that Biden’s visit to the region came too late. “In the wake of Joe Biden’s visit, a very important question arises: Did Biden arrive in the region a year and a half late?” Al-Saed asked.

“The answer is yes. He arrived very late. He could have bridged the huge gap not only between him and Riyadh, but also with Cairo and Abu Dhabi, the most important Arab capitals active and able to help America in its current political and economic crisis. He should have come weeks after entering office instead of allowing smoke screens to block visibility and impede communication.”

The Saudi analyst said that Biden has become lame in politics. “He is trying to please the leftist extremists from the Democratic Party and follow in their footsteps,” he argued.

“Biden came bearing the grave mistakes he and his party committed against the region since 2009, the year Obama took office. America’s allies remained faithful to that relationship, and when Washington unilaterally decided to abandon them, no one blamed it. The Arabs only searched for their interests and built strategic relations with other countries. The Middle East paid a heavy price in terms of security, stability and the economy because of America’s drift behind hostile policies. Egypt, Bahrain, Yemen and Libya were stable countries until the US president decided to tamper with their security for no reason other than his fascination with the discourse of the left and the extremist [Muslim] Brotherhood. The White House did not stop there, but rather tried to tamper with the security of its traditional allies in the Gulf, and today Biden wants things to return to the way they were. The Arab countries are still bleeding. I remember a little over a year ago how Biden described his relations with Riyadh when he said that they were partners and not allies, then removed the [Iranian-backed] Houthis from their designation as terrorists and then returned to the Iranian nuclear agreement. It was expected that everyone would celebrate the return of the victorious leader Biden to the Middle East, but the souls are no longer the same souls, nor the people the same people, nor is the atmosphere the same.”

“US President Joe Biden failed to achieve what he wanted from the Jeddah summit, which brought him together with the leaders of the Gulf Cooperation Council countries, the Egyptian president, the king of Jordan and the Iraqi prime minister,” the agency commented.

“American foreign policy has been witnessing a continuous decline for some time due to America imposing its interests on the countries of the world without taking into account the national interests of each country. Biden returned to his county empty-handed. The failure of the visit came due to international variables that have become a fait accompli at the international level. These variables were imposed by Russia and China, which have positioned themselves to occupy a prominent place in a world that is no longer governed by a unipolar policy.”

The Yemeni agency pointed out that the Arab leaders who attended the Jeddah summit rejected the idea of establishing a security alliance against Iran.

Lebanese author Hassan Hardan wrote that the Biden administration “revealed the extent of the decline in American prestige and power.” Biden, he said, “appeared as a weak president who appeased the Saudi Crown Prince and offered him concessions in the murder case of [slain Saudi journalist Jamal] Khashoggi.”

“The adherence of the Gulf states to the OPEC Plus agreement reflected their insistence on taking a distance from the conflict between the US and Russia, which reflected the transformation taking place in international relations and the increasing feeling of Gulf governments of the need to stand neutral in this conflict and take into account their oil interests.”

Professor Abdullah Shayji of the Department of Political Science at Kuwait University wrote that it is difficult to talk about great achievements and breakthroughs made during Biden’s visit to the region.

“It has become clear that no major transformations have occurred or are on the way to being achieved, whether regarding the Palestinian issue, solving and the Iranian nuclear file, or obtaining pledges from the Arab and Gulf states to stop the expansion of China and Russia… Did the visit by Biden, a reluctant ally, achieve its goals in the region? The US president did not present bold initiatives, which complicates his chances of success.”

Shayji noted that Biden had set a number of goals, which included integrating Israel and expanding the scope of normalization, restoring confidence with the Gulf allies, improving US relations with Saudi Arabia, increasing oil production, containing the expansion of Russia and China, and lining up against Iran.

“The bottom line is that Biden had only partial and modest successes, and failures more than successes in achieving those goals on his visit,” he wrote.

“The most important failure of Biden’s visit is the failure to integrate Israel into the Arab region. The real challenge for the US remains to present bold strategic initiatives, reassure and build confidence with its Gulf allies, achieve breakthroughs in the region’s crises, move the peace process between Israel and the Palestinian Authority, guarantee Gulf security, end the war in Yemen and contain Iran and its proxies.”

Judging from the reactions of the Arabs to Biden’s visit, it is clear that the Arab countries think that the US president needs to work harder if he wants to regain their confidence and restore America’s credibility among its traditional and historical allies.

The Arabs are telling Biden that they do not appreciate or respect weak leaders and remain concerned about his appeasement policy toward the mullahs and their proxies in the Middle East. 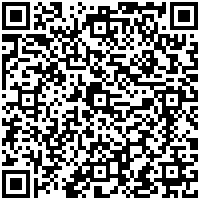