As far as Palestinian Islamic religious clerics are concerned, Israel’s intention to extend its sovereignty to parts of the West Bank, particularly Jewish settlements and the strategic Jordan Valley, means very little: to them Jews “have no right to Palestinian, Arab and Islamic land.”


The position of the Islamic figures contradicts the Palestinian Authority’s claim that the annexation plan would “destroy the two-state solution and any chance of a peace process with Israel.”

The picture Palestinian Authority officials are painting is that the Israeli annexation of any part of the West Bank is the one and only obstacle to regional peace, security and stability. According to these officials, the Israeli plan would deprive the Palestinians of their right to establish an independent and sovereign state on the pre-1967 armistice lines.

A large group of Palestinian Islamic scholars and clerics, however, evidently disagree with the Palestinian Authority’s claim.

On June 21, the Association of Palestine Scholars held a meeting in the Gaza Strip to discuss the Israeli plan. The meeting was attended by several Islamic religious judges representing the Supreme Council of Sharia Judiciary, senior officials of the Hamas-controlled Ministry of Waqf and Religious Affairs, academics from several Islamic colleges and universities, as well as jurists who issue rulings on Islamic law (sharia).

In a statement issued after the meeting, the Islamic religious personalities, referring to Israel as the “usurping entity,” condemned as “dangerous” the Israeli plan to extend sovereignty to parts of the West Bank.

Their statement quickly makes clear that what is really bothering the Islamic scholars and clerics is not the possibility that Israel might impose its sovereignty on Jewish settlements and the Jordan Valley.

They are not really worried about the possibility that Israel might annex 10% or 20% or 30% of the West Bank. There is something that worries them much more than any part of the West Bank, and that is the very existence of Israel. The Islamic scholars and clerics believe that Israel has no right to sovereignty over Tel Aviv, Haifa, Nazareth, Tiberias, Jerusalem or and any other part of Israel.

The Islamic leaders even contradict their own statement by pretending to be worried only about the ostensible loss of West Bank land to Israel.

On the one hand, they say that “one of the most dangerous things that this [Israeli] enemy intends to do is to annex a part of the Palestinian lands to its usurping entity.” They are pretending, in other words, that they are worried only about the “annexation” of parts of the West Bank.

On the other hand, The Islamic leaders emphasize that “Palestine, all of Palestine, from the [Mediterranean] sea to the [Jordan] river, is a Palestinian Arab Islamic land for which the Jews and Zionists have no right.” They go on to explain that “this fact won’t be changed by any measures taken by the [Israeli] enemy.”

It is clear from the statement that whether the “annexation” plan is implemented or not, many Muslims would still reject the State of Israel because, in their view, it continues to “usurp” Palestinian Arab Islamic land stretching from the Mediterranean Sea to the Jordan River. It is dead wrong to assume that if Israel abandons its plan, most Muslims would give up their desire to destroy Israel and replace it with an extremist Iran-style Islamic state.

To back up their argument even further that the main problem is not the West Bank, the scholars and clerics said that “recognizing the state of this usurping entity is a religious, legal, humanitarian and historical crime that must be immediately corrected by cancelling the abhorrent Oslo Accords.”

So, the problem is not really the “annexation” plan that they want to see cancelled, but the Oslo Accords signed in 1993 and 1995 between Israel and the PLO. These accords marked the beginning of the so-called Israeli-Palestinian peace process after the PLO purportedly recognized Israel’s right to exist in peace and security.

Declaring the accords “null and void,” the scholars and clerics called on the Palestinian Authority and its president, Mahmoud Abbas, to “renounce the disastrous agreements, side with the people, and join forces with the resistance and its men.” This is not only a direct threat to Abbas and his associates, but also an appeal to them to increase and upgrade their terror attacks against Israel.

As part of his attempt to appease the Palestinian public in general and Islamic extremists in particular, Abbas announced on May 19 his decision to renounce all agreements and understandings with Israel and the US, including security cooperation.

This decision, however, has failed to satisfy the Islamic scholars and clerics, as well as Hamas and Palestinian Islamic Jihad. They are now demanding that he and his government and security forces explicitly join the armed struggle against Israel.

Moreover, they want Abbas openly to cancel the Oslo Accords in order to avoid being accused of committing a “religious, legal, humanitarian and historical crime” against his people.

Abbas’s decision to walk away from the agreements with Israel and halt security coordination between his security forces and the Israeli authorities has actually worked up the appetite of leading Islamic officials. They are now calling on Palestinians to launch terror attacks against Israel, not because of the “annexation” plan, but in order to drive the Jews out of the “Palestinian Arab Islamic lands.” In their statement, the scholars and clerics urged Palestinians to “rise and revolt against the Nazi occupier with all possible means.”

Palestinians have often interpreted the term “all possible means” as a green light for carrying out various terror attacks, including suicide bombings, drive-by shootings, stabbings, vehicular rammings and firing rockets at Israeli cities.

When this green light comes from an influential religious body such as the Association of Palestine Scholars, of course it carries additional weight and credibility, especially for devout Muslims who spend most of their time in mosques and take seriously every word uttered by imams and other Islamic figures.

The next time a terrorist plunges a knife in the throat of a Jew, the blood-soaked hands will be those of such scholars and clerics. Abbas’s fear of opening his mouth against these prominent Muslims at least makes some sense. The dead silence of the international community to this murderous incitement, however, makes much less sense. Those who are pressuring Israel not to proceed with the “annexation” plan need to hear what Islamic leaders are saying, day and night: that the conflict is not about Jewish settlements or the Jordan Valley, but the “big settlement” called Israel. 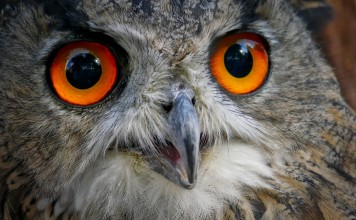 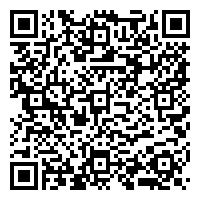