The video, tweeted by Belgian songwriter Sarah Lambert, a Jew and a Zionist, shows a crowd of about 500 demonstrators waving Palestinian flags rallying around Place du Trône in Brussels on Sunday, against the Israeli plan to impose sovereignty on about 15% of Judea and Samaria. But pay attention to the slogan this crowd is repeating with feverish excitement: it’s the familiar “Idbach, Idbach el Yahud” – slaughter, slaughter the Jews (sec. 17).

The responses to Lambert’s tweet were outraged (forgive the quality of my high school French in combination with Google Translate):

Is it still the country of Belgium or a Caliphate?

It is shameful and scandalous, it is an incitement to hatred.

Exactly, and it’s incredible that they can scream this with impunity in the capital of Europe in 2020.

I am completely outraged by the hateful and anti-Semitic remarks made at a demonstration today in Brussels, singing slogans to kill and exterminate the Jews. Islam is a religion of peace and respect for others, and to repeat slogans in the name of Islam… This one was tweeted by Hassen Chalghoumi, the imam of the municipal Drancy mosque in Seine-Saint-Denis, near Paris. He stood out during the Islamic scarf controversy in France for supporting French President Nicolas Sarkozy’s law banning the burqa.

To which a user calling themselves Japanese Ogre replied: Yes of course, we only hear that: religion of peace. But everything that has been happening for years in the world proves the opposite. Let Islam remain in the land of Islam, and the pigs will be well looked after! We can’t take these barbarians anymore.

The blood curdling cry “Idbach al-Yahud” or in its mistaken version, “Itbach al-Yahud,” is an Arabic hate slogan meaning slaughter the Jews or butcher the Jews, and was used by Arabs when they set out to hurt Jews, mainly during the British mandate in Eretz Israel. The call to butcher the Jews has been documented on several occasions in the past, sometimes accompanied by acts of violence, such as stone-throwing and shooting assaults, including after a prayer ceremony of Arabs from Hebron in Jerusalem before the 1920 pogroms, as well as in the 1929 pogroms in Jerusalem and Hebron, and during the Jordanian Legion’s attack on the Jewish quarter of the Old City of Jerusalem in 1948. This call to murder has long since found its way outside Israel. 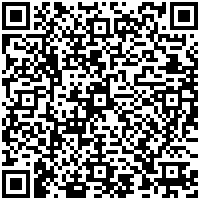