U.S. President Barack Obama is coming to the Middle East later this month to explore the possibility of resuming peace talks between Israel and the Palestinian Authority.


But while Obama is thinking of ways to revive the stalled peace talks, Palestinian activists say they are planning a “warm” welcome for him when he visits Ramallah or any other Palestinian city.

One plan being discussed among Palestinian activists includes staging anti-U.S. demonstrations in Palestinian cities, particularly outside the place Obama is scheduled to meet with Palestinian Authority President Mahmoud Abbas.

Activists in Ramallah said they would try to block the roads leading to the location of the Obama-Abbas meeting to protest against U.S. “bias in favor of Israel.”

Some activists have even prepared American flags and portraits of Obama that would be set on fire in front of T.V. crews covering the visit.

Palestinian activists say they are also hoping to humiliate Obama when and if he decides to visit the Aqsa Mosque in Jerusalem.

Many Palestinians have already called on Obama to refrain from visiting the holy site, especially if he would be escorted by Israeli policemen and security officials.

Members of Hizb al-Tahrir, a radical Islamist group, said this week that they would throw shoes at Obama and his entourage if they arrived at the Aqsa Mosque.

There is no reason why Obama should not take all these threats seriously.

Earlier this week, the British Consul-General to Jerusalem, Sir Vincent Fean, had to flee Bir Zeit University near Ramallah after angry Palestinian students attacked his car.

The top British diplomat had arrived at the campus to deliver a lecture explaining his country’s position regarding the Palestinian issue. His presence on campus triggered protests from students, who shouted slogans denouncing the Balfour Declaration and Britain’s alleged bias in favor of Israel.

Palestinians are disappointed with Obama because of what they perceive as his unwavering support for Israel. They are particularly upset with Obama for failing to force Israel to accept their demands, including a full cessation of settlement construction, the release of Palestinians from Israeli jails, and a full Israeli withdrawal to the pre-1967 lines.

Palestinian activists said they were also disappointed with Obama because they believe that Iran, and not the Palestinian issue, is now at the top of his list of priorities.

By planning protests against Obama, Palestinians are hoping to bring their issue back to the top of the U.S. Administration’s list of priorities. But they are also hoping to humiliate Obama and the US for not being supportive enough of the Palestinians.

Palestinians are also angry with Obama because of his refusal to support Abbas’s statehood bid at the U.N. late last year.

Some Palestinians admitted that plans to disrupt Obama’s visit to the Aqsa Mosque are also aimed at embarrassing Israel and drawing the world’s attention to what they claim, without evidence, is an Israeli plot to “destroy” the mosque and replace it with the Third Temple. 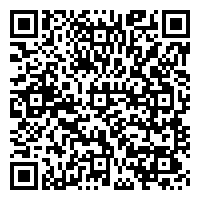