Hugo Chavez’s death was met with tributes from Iran, Bolivia, China and El Salvador. The Western left did not waste much time adding their withered roses to El Comandante’s coffin. George Galloway called him another Spartacus. Jimmy Carter described him as a leader who fought for the “neglected and trampled.” Michael Moore praised him for declaring that the oil belongs to the people.

Whether or not the oil belongs to the people is a matter of some debate considering how much of it seemed to end up in Chavez’s pocket.


Chavez died with an estimated net worth of two billion dollars making him the fourth richest man in Venezuela and the 49th richest man in Latin America. For a while, Chavez weathered attacks from the media empire of Gustavo A. Cisneros, the richest man in Venezuela. Then before the 2004 election, their mutual friend Jimmy Carter brokered an agreement between them. Cisneros’ media stopped criticizing Chavez and both men bent to the task of getting even richer.

While the Bolivarian Spartacus lined his pockets with oil money, Venezuela’s middle-class was struggling to get by in a country where the private sector had imploded. Income increased on paper, but decreased in reality as inflation increases ate the difference. Around the same time that Comrade Hugo was launching the third phase of his Bolivarian Revolution, inflation had decreased household income 8.8 percent while consumer goods prices increased 27 percent.

On his deathbed, Hugo Chavez devalued his country’s currency for the fifth time by 32 percent, after tripling the deficit during his previous term when the national debt had increased by 90 percent. From 2008 to 2011, Chavez’s oil-rich government increased the debt by nearly 50 billion in a country of less than 30 million. That same year, The Economist speculated that Venezuela might go bankrupt.

Chavez had swollen the ranks of Venezuela’s public employees to 2.5 million in a country where the 15-64 population numbered only 18 million. With 1 public employee to every 7 working adults, the entire mess was subsidized by oil exports and debt. When the price of oil fell, only debt was left.

Those public employees became Chavez’s campaign staff with no choice but to vote for him or see their positions wiped out to keep the economy from crashing. And they won him one last election.

But we don’t need to look to a leftist banana republic south of the border to see how profitable fighting for the poor can be.

Washington D.C. is richer than Silicon Valley. Median income in the D.C. area has hit $84,523 despite the city itself having horrendous unemployment and poverty statistics. The top five percent in D.C. earns 60 percent more than the top 5 percent in other cities and 54 times what the bottom fifth earns in that same city.

This wealth of government money isn’t a rising tide that lifts all boats. Income inequality in Washington D.C. is one of the worst in the nation. For families with children, the income inequality level in D.C. is double the average for the rest of the country.

But when you concentrate the wealth of the land in a single imperial city, then you end up with a sharp gap between the poor and the fighters for the poor. Mid-level jobs are disappearing, but high-level jobs continue to grow. Small businesses are going out of business, but lawyers and consultants are being hired at a breathtaking rate.

Washington D.C. has the highest concentration of lawyers in the country. One out of every 12 city residents is a lawyer. One in 25 of the country’s lawyers lives in Washington D.C. In 2009, the Office of Personnel Management reported that there were 31,797 practicing lawyers in the Federal government earning an average salary of $127,500 a year. Or to put it another way, the taxpayers were spending double Hugo Chavez’s two billion dollar net worth each year just to pay the lawyers.

The Fundamental Fracture the Abraham Accords may begin to Heal 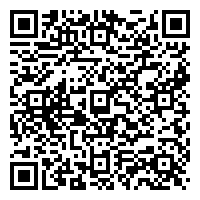