Home InDepth Columns Lodz
Share on Facebook
Tweet on Twitter
Of all the formerly large Jewish communities in Poland, Lodz is one of the best organized today. The community’s activities center around a complex at number 18 Pomorska Street and include a daily minyan, very nice hotel, a dairy restaurant, senior center, a meat catering service, and this week they are inaugurating a new mikveh, the first one built in the city since the Shoah.

The idea for building the mikveh was realized last year when the Alexander Rebbe came to Poland to visit his ancestral home and the graves of his forefathers. He, and a large number of his followers, spent Shabbat in Lodz at the guesthouse of the Jewish community, which made every effort to make his stay as comfortable as possible.

Simcha Keller, the head of the community and an Alexander Chassid, made sure all the food met the requirements of the Rebbe. They also opened up the rarely used, but beautiful, Reich Synagogue for the davening.

All was going smoothly when an additional request came in before the trip.

The Rebbe needed the use of a mikveh. As is the custom with many chassidim the Rebbe goes to the mikveh every day and especially on Shabbat. The problem was that the nearest mikveh, at the time, was in Warsaw. Arrangements were made, though, for the Rebbe to use a local swimming pool and this met with everyone’s satisfaction.

During the many discussions that the Rebbe had with the community it was suggested that a proper mikveh be built in Lodz, not just for the tourists, but so that the local community would be able to practice this important mitzvah without having to travel a couple of hours to Warsaw to do so.

Simcha Keller at the pouring of the foundation of the mikveh.

The project was started immediately even without all the necessary funds. Mr. Keller said, “If we start the project we will find the money to finish it. If we don’t start it we will never find the money.” This is typical of the attitude of Simcha Keller.

Lodz, a small community, has many activities and does tremendous work – way beyond what one would expect from its size.

One of the most impressive operations of the community is the work it has done in the Jewish cemetery. The Lodz cemetery is one of the largest in Poland and over the past 10 years, since I have been traveling to Lodz, I have seen constant work on the preservation and restoration of this historically significant site.

What had been an overgrown forest with tombstones sticking out between the bushes is now a cemetery with clearly marked paths where most of the stones are accessible and readable. The ghetto field, where the people that died during the Shoah in the Lodz Ghetto were buried, is now cleared and each grave has a marker with the name of the person interred.

The funeral hall is now a museum with exhibits about the different aspects of the cemetery: the important people buried within, both rabbinic and secular, the interesting monuments, as well as the important ceremonies that had taken place at the site.

The community has also catalogued most of the graves in the cemetery and has established an impressive website for anyone interested in the cemetery, http://www.jewishlodzcemetery.org/.

Mr. Keller, a very knowledgeable layperson, consults with Rabbi Michael Schudrich, Chief Rabbi of Poland, on all issues of Halachah – Jewish Law.  Last year during the crisis over the Old Jewish Cemetery in Lodz, when part of the cemetery was inadvertently uncovered during roadwork, all work was stopped until a Halachic solution to the problem was found.

The community has also organized the preservation and restoration of many Holocaust -related memorial sites in the Lodz area, including the Radegast Station, from where the Jews in Lodz were sent to their deaths at Chelmno or Auschwitz.

The community is supported by many people from all over the world that can trace their roots back to the city of Lodz.

Besides the work that is done in Lodz the community also works with many nearby towns and cities that have little or no Jewish presence today. Next week there will be a Shabbaton in the city of Piotrkow Trybunalski,where last year there was a dedication of three Ohalim (burial chambers) of famous rabbis that are buried there. 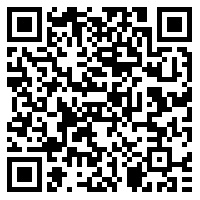