Home InDepth Analysis Exercise In Futility
Share on Facebook
Tweet on Twitter
At Camp David in July 2000, PLO terror master Yasir Arafat was exposed as a fraud. After he rebuffed then-Israeli prime minister Ehud Barak’s offer of Palestinian statehood in Jerusalem, Judea, Samaria and Gaza and launched his jihad against Israel, Barak proclaimed that Arafat had been unmasked. Barak said he had shorn Arafat of his ability to continue to pretend he accepted Israel when in fact he remained its mortal foe.

At the time, Barak’s boast seemed credible. And some Israelis applauded him for his efforts. Since November 1988, when Arafat first claimed the PLO accepted Israel’s right to exist, it had fallen to Israel and Israel’s supporters to justify their refusal to trust the PLO or negotiate with the Palestinian terror group that was charter-bound to work toward Israel’s destruction.

“But why don’t you just test them?” Israeli leaders were asked by both Israeli leftists and foreign governments. “If Arafat is lying, no one will blame Israel for walking away,” these champions of engagement argued.

And indeed, tired of justifying Israel’s informed refusal to take the PLO’s bait, in 1993 the Rabin government launched the Oslo peace process with the PLO – a process based on the proposition that the PLO and Arafat should be taken at their word, and again, if it worked out they were lying, well, Israel wouldn’t be to blame.

Rabin himself repeatedly said he wouldn’t hesitate to roll back the concessions he then went on to make if Arafat caused trouble.

But this didn’t happen. Even as the first suicide bombers appeared in Israeli buses and cafes, Arafat was hailed as a peacemaker by the international community. He received the Nobel Peace Prize. He was the most frequent guest at the Clinton White House.

So, after years of unmitigated mendacity, Barak finally exposed the fraud at Camp David. As far as he was concerned, from then on no one would be able to take the Palestinians’ side over Israel’s. Everyone would see who the aggressor was.

But lo and behold, few cared. Presented with incontrovertible proof of the Palestinians’ refusal to live at peace with Israel, and equally unimpeachable evidence of Israel’s peaceful intentions, the Islamic world, Europe, the UN, the international left and Israel’s radical left all sided with the Palestinians and condemned Israel. In the eight years since Camp David, far from being embraced by its antagonists, Israel has been shunned and demonized. And today the same forces that have condemned every counter-terror move Israel has taken since 2000 greet Iranian calls for the annihilation of Israel with disinterested yawns.

This sad fact was brought home by two related events this month. First, Israel’s most prominent academic antagonists in the U.S., professors Steven Walt and John Mearsheimer, were hosted in Israel by the anti-Zionist fringe group Gush Shalom as part of a Middle East tour that took them to Egypt, Jordan and the Gulf states. Second, Mearsheimer’s and Walt’s most prominent critic in the leftist U.S. foreign policy establishment, Walter Russell Mead of the Council on Foreign Relations, published an article in Foreign Affairs titled “The New Israel and the Old” in which he explained the cultural bases of American support for the Jewish state.

During their Middle East tour, Mearsheimer and Walt expounded on their thesis that were it not for the so-called Israel lobby, the U.S. would not be supporting Israel. They repeated their claim that support of Israel is antithetical to U.S. national interest because, in their view, the U.S. has no truck with the Arab world or Iran. Indeed, as far as they are concerned, Iran presents no real threat to either Israel or the U.S. and the only reason there is any talk in Washington about the need to prevent Iran from acquiring nuclear weapons is because of the so-called Israel lobby which controls the U.S. media and U.S. foreign policy.

Mead’s latest article is an expansion of his review, published in Foreign Affairs last winter, of Walt and Mearsheimer’s book The Israel Lobby and U.S. Foreign Policy. While rejecting claims that the two men are anti-Semites, Mead nonetheless rejected their thesis. He also allowed that their work “give[s] aid and comfort to anti-Semites wherever they are found.”

As he put it, “The authors do what anti-Semites have always done: they overstate the power of Jews. Although Mearsheimer and Walt make an effort to distinguish their work from anti-Semitic tracts, the picture they paint calls up some of the ugliest stereotypes in anti-Semitic discourse. The Zionist octopus they conjure – stirring up the Iraq war, manipulating both U.S. political parties, shaping the media, punishing the courageous minority of professors and politicians who dare to tell the truth – is depressingly familiar.”

In his latest article, Mead explains at great length that Jewish American supporters of Israel are not the cause of U.S. support for Israel. Rather, he shows that the basis for U.S. support for Israel is cultural and religious and that American Zionism’s roots extend back to the Revolutionary War era. America’s founding generation and subsequent generations of Americans have perceived the U.S. as the “new Israel” and, as such, bound to the “old Israel” by near-mystic bonds that are eternal.

Although Mead makes no mention of Walt and Mearsheimer in his latest article, it is clear it is directed against them personally, and generally against those who would embrace their thesis.

And one can hardly accuse Mead of being blinded by excessive support of Israel. As he writes in his latest article, “It remains my view that everyone, Americans and Israelis included, would benefit if Americans developed a more sympathetic and comprehensive understanding of the wants and needs of the Palestinians.”

Indeed, Mead’s position is the only thing that makes his assessment of Walt and Mearsheimer’s work remarkable, for his thesis is anything but original. (Israeli-American historian Michael Oren’s history of U.S. involvement in the Middle East, Power, Faith and Fantasy: America in the Middle East 1776 to the Present sets out the cultural roots of American Zionism and philo-Semitism at great length.)

Mead is remarkable because he has chosen intellectual honesty over his personal political views. In so doing, he has distinguished himself from the vast majority of his fellow critics of Israel on the left.

Specifically, Israel’s governments and many of its Jewish supporters in the U.S. have concentrated their efforts since 1993 not on explaining that Israel’s enemies – from Iran to the PLO – are unappeasable and must therefore be confronted, but on arguing that Israel is interested in placating their wrath.

And Israel has directed these efforts at the same political and social forces in the Arab world, the international left, the Israeli leftist fringe, Europe, and the UN that have shown repeatedly that they are no more moved by facts than Israel’s enemies are moved by attempts to appease them. Only a small and politically insignificant minority has any interest in accepting the truth.

As the threats to Israel’s survival grow, it is well past time for Israel and world Jewry to end this futile policy. Israel cannot control what people choose to believe. It can only take action to ensure that what they believe will not impinge on its national security.

Caroline Glick is deputy managing editor of The Jerusalem Post. Her Jewish Press-exclusive column appears the last week of each month. Her new book, “The Shackled Warrior: Israel and the Global Jihad,” is available at Amazon.com 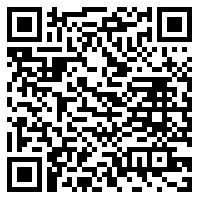