Some things never change. Even (or especially) more-or-less apocalyptic threats recur. “It is in the thick of a calamity,” says Albert Camus in The Plague, “that one gets hardened to the truth, in other words, to silence.” As my faithful readers here in The Jewish Press already know, “silence” is what we shall soon become hardened to in Iran.

Oddly, it was all so easy to see it coming. Yet, neither this country, nor Israel, chose to accept the preemption option while it was still operationally feasible. Now, it seems, there is little to do but strengthen both deterrence and active defense, and wait.

In early March of this year, Adm. Michael Mullen, Chairman of the U.S. Joint Chiefs of Staff, formally confirmed that Iran now had enough fissile material on hand to begin the manufacture of its own nuclear weapons. Mullen was referring, in particular, to the then-recent IAEA (International Atomic Energy Agency) finding that Iran had already processed more than 2, 222 pounds of low-enriched uranium.

Although Adm. Mullen was, quite obviously, concerned for this country’s national security, it is Israel that will be impacted most of all. Existentially, Israel is once again on its own. This time, therefore – by definition – Israel’s “aloneness” has become a genuine matter of national life or death.

Let us go back about another year. The then much-publicized National Intelligence Estimate (NIE) 2008 summary report stated that in 2003, Tehran had halted its nuclear weapons program. At the same time, certain other more specific and less optimistic NIE conclusions were simply swept under the rug. Also, at that same time, it was determined in Jerusalem that any preemptive action against Iranian nuclear infrastructures by Israel, however reasonable and legal in terms of national survival, would elicit an unacceptable barrage of international condemnation.

What was Israel to do? Not unexpectedly, Washington – again, thanks in part to the self-contradictory NIE – took no hand in assisting with any considered Israeli expressions of anticipatory self-defense. Indeed, following release of the NIE, Russia and Iran reached an agreement on completion of the plutonium-based nuclear facility in Bushehr. Soon after, China signed a $2.3 billion energy agreement with Iran.

All things considered, the multiple hazards created by U.S. intelligence were then summed up prophetically by Maj. General (IDF/Res.) Aharon Ze’evi Farkash, a former director of Israel’s Military Intelligence branch: ” ironically, the NIE opens the way for Iran to achieve its military nuclear ambitions without any interference.”

For Israel, the strategic options had been altogether plain: Strike preemptively, then almost certainly without any American collaboration, or, go along with the world community’s quaint reliance upon “sanctions.” The first option, although limited to military and industrial targets, would have carried enormous political costs and security risks. The second, which was in fact “selected,” amounted to doing nothing.

Camus would have understood. The coming plague must carry with it a very heavy truth. A nuclear war in the Middle East would resemble any other incurable disease. With deep silence approaching in an utterly indifferent world, Israel now requires a refined strategic doctrine that can conveniently combine all interpenetrating protective elements of deterrence, targeting, war fighting, preemption and defense.

More precisely, Israel’s updated program for survival must quickly and carefully fashion a general strategy from which a useful array of particular operations and tactics can be suitably drawn. If it should be determined in Jerusalem/Tel Aviv that Iranian nuclearization is now entirely unstoppable (a plausible presumption, to be sure), this Israeli doctrine would have to include, inter alia, an immediate policy shift from deliberate ambiguity (the “bomb in the basement”) to disclosure. Naturally, this shift would be only the most visible part of a much wider strategy.

One must assume that Israel’s political and military leadership is now examining diverse segments of the tiny country’s strategic doctrine. Here, fitting these discrete pieces together in a way that can prevent any enemy nuclear attack must surely be Israel’s main concern. Further, the earlier NIE notwithstanding (as Israel’s security is crucial to our own), such nuanced calculations in Jerusalem and Tel-Aviv will have critical consequences for New York, Washington and Los Angeles as well as for Tel Aviv and Haifa. It will be in our U.S. interests, therefore, to follow such calculations closely.

Unless there is still an unanticipated and sweeping regime change in Tehran, that country could remain animated by Jihad and by specifically Shiite visions of “apocalypse.” Israel’s own nuclear strategy of survival is apt to be founded upon utterly realistic assumptions of enemy aggression. These assumptions will not ignore the always-conceivable prospect of enemy irrationality. Under Ahmadinejad, as I have pointed out here in previous columns, Iran could even come to resemble an individual suicide bomber writ large. Significantly, it would appear, this is not a prospect that was considered by the NIE.

Israel must also still consider the related issue of a Palestinian state, most especially with Barack Obama as President of the United States. If, following strong support from President Obama, a twenty-third Arab sovereignty were declared in the not-too-distant future, “Palestine” would become an optimal platform for major international aggression. Here, the substantial danger posed – including nuclear war and nuclear terrorism – could affect not only Israel, but also the American homeland.

It will surely be difficult for us to imagine nuclear weapons as anything but manifestly evil. Yet, there are circumstances where a particular state’s possession of these bombs and missiles could be all that prevents catastrophic war or even genocide. The International Court of Justice ruled in its Advisory Opinion on July 8, 1996, “The Court cannot conclude definitively whether the threat or use of nuclear weapons would be lawful or unlawful in an extreme circumstance of self-defense .” Where ” the very survival of a State would be at stake,” said the ICJ, even the actual use of nuclear weapons could be permissible.

Not all members of the Nuclear Club are a menace. Some, like Israel, represent a distinct asset to world peace.

Should it ever be deprived of its presumed nuclear forces, Israel would become vulnerable to massive attacks from certain enemy states. Israel’s nuclear weapons are not the problem. In the Middle East, the only real problem is a far-reaching and wholly unreconstructed Arab/Islamist commitment to blot out and remove the “Zionist Entity.”

International treaties can have serious limitations. At least one Arab state that is “at peace” with Israel remains effectively at war with the Jewish State. Egypt could quickly revert to a belligerent stance, participating in joint attacks against Israeli population centers and military targets. Syria, should it ever sign a comparable peace agreement with Israel, would not hesitate to abrogate that agreement if it felt the time were right for a gainful (and doubtlessly collaborative) final assault.

With nuclear weapons and a corollary nuclear strategy, Israel could deter a rational enemy’s unconventional attacks as well as most large conventional aggressions. With such weapons, Israel could also still launch non-nuclear preemptive strikes against enemy state hard targets that threaten Israel’s annihilation. Without these weapons, such potentially essential acts of anticipatory self-defense would probably represent the onset of a much wider war. This is because there would be no compelling threat of Israeli counter-retaliation.

It is in the thick of calamity, we learn from Camus, that we encounter not only silence, but also a too long delayed lucidity. Now is the time to call things by their correct name. Israel’s undisclosed nuclear arsenal offers an indispensable impediment to any actual use of nuclear weapons. Joined with a coherent strategic doctrine, one that would include explicit codifications of both preemption and counter-city (sometimes called counter-value) targeting, these weapons could soon represent the entire Middle East’s principal line of defense against still-threatened Iranian nuclear aggression and against regional nuclear war.

LOUIS RENÉ BERES (Ph.D., Princeton, 1971) is the author of many books and articles dealing with nuclear strategy and nuclear war. Professor of Political Science and International Law at Purdue, he lectures widely in the United States and abroad on international security and legal issues. Professor Beres was Chair of Project Daniel. He is Strategic and Military Affairs columnist for The Jewish Press. 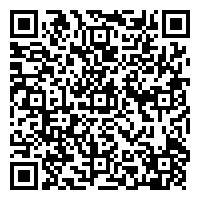