We have seen that Israel could conceivably need nuclear weapons, among several other essential purposes, for nuclear war fighting.  Should nuclear deterrence options and/or preemption options fail altogether, Israel’s “hard target” capabilities could be critical to national survival.   These capabilities could depend, in part, upon nuclear weapons.
What, exactly, would be appropriate in such dire circumstances – conditions that Israel must strive to prevent at all costs?  Instead of “Armageddon” type weapons (see the “Samson Option,” below), Israel would need, inter alia, precision, low-yield nuclear warheads that could reduce collateral damage to acceptable levels, and hypervelocity nuclear warheads that could overcome enemy active defenses.  Israel would also benefit from certain radio-frequency weapons.  These are nuclear warheads tailored to produce as much electromagnetic pulse as possible, destroying electronics and communications over wide areas.
Advertisement

Regarding the nuclear weapons needed by Israel for nuclear war fighting, Jerusalem could require an intermediate option between capitulation on the one hand and resorting to multi-megaton nuclear weapons on the other.

Of course, all such discussion will be objectionable to people of feeling and sensitivity.   It would, after all, be far better to speak of nuclear arms control or sustainable nuclear deterrence or even preemption, than nuclear war fighting.  Yet, the Middle East remains a particularly dangerous and possibly irrational neighborhood, and a strategic failure to confront the most terrible possibilities could produce the most terrible harms.  For Israel, a state that yearns for peace and security more than any other in this neighborhood  – a state born out of the ashes of humankind’s most terrible crime – genocide looms both as a memory and as an expectation.  Resisting the short-term temptations of  “Road Maps” and “Peace Processes,” its leaders must always plan accordingly. But let us be clear, per earlier recommendations by Project Daniel, that nuclear war fighting options should always be rejected wherever possible.

The Samson Option
Proposals for a Middle East Nuclear Weapon-Free Zone notwithstanding, Israel still needs nuclear weapons, both for the compelling reasons already discussed, and also for “last resort” purposes.  Although this is certainly the least important need  – since, by definition, any actual resort to the Samson Option would reveal failure and collapse of all essential security functions – it is not unimportant.  This is because Israeli preparation for last resort operations could play a role in enhancing Israeli nuclear deterrence, preemption and war fighting requirements, and because such preparation would also show the world that the post-Holocaust Jewish State had kept its faith with an ineradicable Jewish obligation.
Regarding any prospective contributions to Israeli nuclear deterrence, preparation for a Samson Option could help to convince would-be attackers that aggression would not prove beneficial.  This is especially the case if Israeli preparation were coupled with some level of disclosure, if Israel’s pertinent Samson weapons appeared to be sufficiently invulnerable to enemy first-strikes, and if these weapons were identifiably “counter value” in mission function. By definition, the Samson Option would be executed with counter value-targeted nuclear weapons. Such last-resort operations might come into play only after all Israeli counterforce options had been exhausted.
Considering what strategists sometimes call the “rationality of pretended irrationality,” Samson could aid Israeli nuclear deterrence by demonstrating a willingness to take existential risks, but this would hold only if last-resort options were not tied definitionally to certain destruction.
Regarding prospective contributions to preemption options, preparation for a Samson Option could convince Israel that essential defensive first strikes could be undertaken with diminished expectations of unacceptably destructive enemy retaliations.  This would depend, of course, upon antecedent Israeli decisions on disclosure, on Israeli perceptions of the effects of disclosure on enemy retaliatory prospects, on Israeli judgments about enemy perceptions of Samson weapons vulnerability, and on enemy awareness of Samson’s counter value force posture.  As in the case of Samson and Israeli nuclear deterrence (above), last-resort preparations could assist Israeli preemption options by displaying a willingness to take certain existential risks.  But Israeli planners must be mindful here of pretended irrationality as a double-edged sword.  Brandished too “irrationally,” Israeli preparations for a Samson Option could encourage enemy preemptions.

Regarding prospective contributions to Israel’s nuclear war fighting options, preparation for a Samson Option could convince enemy states that a clear victory would be impossible to achieve.  But here it would be important for Israel to communicate to potential aggressors the following understanding:  Israel’s counter value-targeted Samson weapons are additional to (not at the expense of) its counterforce-targeted war fighting weapons.  In the absence of such communication, preparations for a Samson Option could effectively impair rather than reinforce Israel’s nuclear war fighting options.

Conclusion
Whether President Obama should agree or disagree, not all nuclear weapons states are created equal. Some, like Iran – still an aspiring nuclear weapons state – would present an intolerable threat of nuclear aggression. Others, like Israel, need nuclear weapons and doctrine simply to stay “alive.” Without them, Clausewitz’s concept of “mass” would quickly overtake and suffocate the Jewish state.
Israel’s nuclear weapons are required to fulfill essential deterrence options, preemption options, war fighting options, and even the Samson Option.  These weapons should never be negotiated away in formal international agreements, especially in the midst of a so-called “Peace Process” and its attendant creation of a Palestinian state. This imperative is the case no matter how appealing might appear the projected vision of a “world without nuclear weapons,” and no matter how high the authority of this idealized vision’s enthusiastic proponent.

For Israel, a country smaller than some American lakes (e.g., Lake Michigan), particular nuclear weapons choices should be made in cumulative conformance with the seven relevant options that I have just discussed and, more broadly, with the ever-changing strategic environment of regional and world power configurations.  In the final analysis, regrettable as it may appear, the ultimate structure of Israeli security will be built largely upon the foundations of nuclear weapons and strategic doctrine, and not on “security regimes,” “peace processes,” “confidence building measures,” or “nuclear weapon free- zones.”  Significantly, and on this point President Barack Obama should take very careful note, if these foundations are constructed carefully in Jerusalem and Tel-Aviv, they could best assure that nuclear weapons will never actually be used in the Middle East. 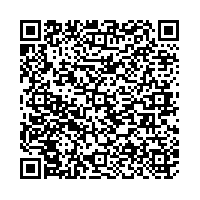