Home InDepth Columns Poland And WWI
Share on Facebook
Tweet on Twitter
Growing up in the U.S. during the second half of the 20th century, I, along with most people, know very little about the First World War. The little that I did know was about the trench warfare in France and Belgium. The Eastern Front was barely, if ever, mentioned and usually stated that it ended with the Russian Revolution and overthrowing the Czar.

Traveling around Poland, I would come across signs saying that a battle took place here or there. In some cemeteries there is a section for soldiers killed during WWI, from both sides, but facts are lacking.

I recently came across a book called, The Enemy at his Pleasure: A Journey Through the Jewish Pale of Settlement During World War I, by S. Ansky, which describes the situation of the Jews living in the Pale of Settlement, Galicia and Poland in great detail. S. Ansky, (1863-1920) whose real name was, Shloyme Zanvel ben Aaron Rappaport, was a Russian Yiddish, historian, journalist and writer, best known for the play, The Dybuk. Ansky started out life rejecting Judaism and the Yiddish language but in 1905 he became a champion of Yiddish culture.

The early 20th century was a time of chaos for the Jewish community in the Pale of Settlement, Poland and Galicia. The pogroms, especially in Kishenov, were brutal with many Jews emigrating to try to escape rampant anti-Semitism. Ansky set out to preserve what he could of Jewish and Yiddish culture. He undertook an expedition throughout the Pale and Galicia in 1911, where he gathered books, manuscripts and varied artifacts of Judaica that were deposited in the Ethnographic Museum in St. Petersburg.

At the start of WWI, Ansky took up the cause of the Jews that he had gotten to know so well during his trips. He traveled from town-to-town – shtetl-to-shtetl setting up relief committees distributing money and recording everything he saw.

He described the atrocities he witnessed as the worst afflicted against the Jewish people since the destruction of the Second Bait HaMikdash.He writes about whole towns being burnt to the ground, with only the chimneys remaining.

In Galicia that had been under Austrian-Hungarian rule for over a hundred years the Cossacks were especially brutal. They accused the Jewish population of being spies, using telephone signals, fires and other means of passing information to the enemy.

Dressed as a Russian officer Ansky was able to travel in areas that were closed to civilians and often heard remarks not intended for Jewish ears. “Everyone knows all Jews are spies,” was the refrain he heard over and over again. Wherever he could he would adamantly deny these accusations and would at times come between the marauding Cossacks and their victims.

Starting in St. Petersburg, Ansky traveled to Brody, then to the frontlines at Tarnow, then to Lvov, Preszmyl, and Sokol. He mentions trips to Rawa, Ruska, Bukovina, Kaminetzand Sadegura, where the Russian Revolution caught up with the Russian Army.

The Russians attacked the Jewish population and they stole, beat up, and burned whatever they could find. While Ansky was not religious he shows compassion to the plight of the religious community. He would seek out the rabbi of each town he visited and would often report about the status of the synagogue. Passover food was one of his special concerns and he was even influential in getting matzah to frontline troops as well as a furlough for troops in the rear.

In Sadegura he described the Rebbe’s court in great detail. “There was a 24-piece band that played at every meal and his carriage was drawn by six horses. His home and synagogue were like palaces and the Rebbe himself was a miracle worker.”

The Rebbe’s home as well as the synagogue were used as field hospitals but when he entered the synagogue he found that someone had put a Christian icon in the Aron HaKodesh. He also discovered that the cemetery had been desecrated and the grave of the Rizhiner Rebbe had been dug up and the bones stolen.

Just 25 years before the Holocaust, the Russians exiled approximately 600,000 Jews and over 100,000 were killed in a three-year time frame.

In The Enemy at his Pleasure: A Journey Through the Jewish Pale of Settlement During World War, Ansky gives a detailed first-hand report of all that happened to the Jews during WWI. The details are quite fascinating. The notes on every person he met, every town he visited, his personal reflections, small tidbits of history, along with his tremendous fervor to bring to light the subject of Jewish victims of WWI, are not found in any other book. 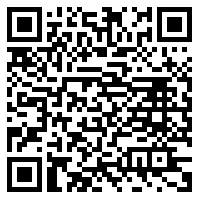