The following Keynote Address was delivered by Professor Beres to the Intelligence Summit in St. Petersburg on March 5, 2007. It is published here for the very first time in its original form. These formal remarks presented by our own Strategic and Military Affairs analyst to very senior members of the military and intelligence communities (U.S., Israeli and certain others) remain starkly relevant and timely.

Good morning, ladies and gentlemen. Thank you. The conference main theme, in essence, concerns our individual and collective survival amidst increasing global chaos. With this in mind, the Irish poet Yeats appropriately reminds us: “The blood-dimmed tide is loosed, and everywhere the ceremony of innocence is drowned.”


But chaos, war, terror and genocide are not really new. Human nature has always tilted innately toward catastrophic destruction (think, for example, of seminal writings by Kierkegaard, Nietzsche, Freud, Jung, Dostoyevsky, Golding, etc). What is new is the particular fusion of these seemingly permanent human inclinations to do harm with the utterly unique implements of mass destruction.

Friends, our principal task over the next several days is to figure out more precisely how to respond to this (literally) dreadful fusion. We will want to accomplish this calculation, of course, within the operational parameters of the now-prevailing and thoroughly global clash of civilizations, a clash with more-or-less identifiable Jihadist elements that function primarily in certain portions of the Arab/Islamic world. In our upcoming plenary speeches, and also in our correlative panel discussions, I urge us all to be aptly conceptual, to look, substantially, behind the news.

All of us know that it is easy to get passionate and blinded by the sheer horror of these complex issues, and thus to be distracted from the indispensably primary task of dispassionate, theoretical and intellectual understanding. Nothing is more practical than good theory. This is not all that obvious to most policy-makers; indeed, it is even viscerally counter-intuitive. Still, if we focus too heavily on the shallow polemics and the immediately accessible politics of the moment, intra-national and/or international, we will surely fail to understand the underlying anthropology and psychology of our multiple enemies’ behavior. Such a failure could prove very costly.

The best way for us to truly fathom and combat Jihadist suicide-bombing terrorism is to understand that it is, at its core, a form of religious sacrifice. It is also vital to understand that the suicide bomber is not fearless or courageous at all, but rather that he or she acts out of an altogether primal cowardice – an all-consuming fear of death. Notably, it is this elementary death fear that causes him or her to commit both suicide and homicide.

The explanation for this apparent paradox is as follows: In the mind of the suicide bomber, a fiery death on earth, a so-called martyr’s death, is merely a momentary inconvenience on the much grander path to immortality. The suicide-bomber thus “kills” himself or herself in order not to die.

What about a suicide-bomber in macrocosm, that is, an entire state that may be willing to “die” in order to fulfill a presumed religious “obligation?”  Think Iran, as certain of its leaders joyfully await the Shiite apocalypse. What would this willingness do to the critical logic of deterrence, the logic upon which all of our personal and collective lives must continue to depend? Exactly how would we have to respond, philosophically and operationally, if we were suddenly to confront a recognizable fusion of nuclear capacity with enemy irrationality? In such circumstances, what should be our rational response?

An obvious consideration would be the heightened reasonableness of preemption, which, under international law, may or may not be consistent with what is formally termed “anticipatory self-defense.”Interestingly, in the future, preemptive action might even be expressed via certain forms of cyber-warfare, rather than (or perhaps in addition to) the more usual forms of physical destruction.

International law is not a suicide pact. Normally, assassination is illegal, both in time of war and in time of peace. There are times, however, when such killing can be considered not only lawful, but also distinctly law enforcing.

There is, after all, an indisputable operational need here for a straightforwardly utilitarian calculation: The preemptive elimination of terrorists, especially those terrorists who might plan mass-casualty attacks, could save many innocent lives. Relevant choices between public safety and individual liberty are always difficult to make in a democracy, but it would be foolish to begin with the unyielding and assuredly self-destructive presumption that our enemies’ blood is somehow redder than our own.

Assassination, or “targeted killings,” should always be attentive to the law of armed conflict, especially to the long-established criteria of discrimination, proportionality and military necessity.But this law must also take into account enemy perfidy; for example, “human shields.” The legal effect of perfidy, which is always an egregious war crime, is to place legal responsibility for any unintended noncombatant deaths and injuries upon the perfidious party.

LOUIS RENÉ BERES (Ph.D., Princeton, 1971), Strategic and Military Affairs analyst for The Jewish Press, is the author of many major books and articles dealing with nuclear strategy issues, terrorism and international law. Professor Beres was born in Zürich, Switzerland, on August 31, 1945. 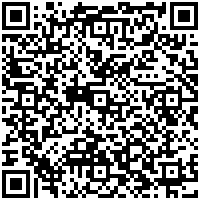