One morning recently, I woke up to find that someone had plastered our yishuv community with signs proclaiming, “Join the Likud Political Party.” The signs and subsequent Internet and SMS messages informed us that party workers would soon be around to sign us up.


I never cease to be amazed by the chutzpah (and maybe, innocence) of the Likud activists, and by how easy it seems to be to fool many religious Zionists. How quickly we forget how, before the last election, the Likud openly proclaimed that religious people like Moshe Feiglin and his followers were not welcome in the Likud. We must have forgotten how the Likud leadership changed the party rules to ensure that few, if any, religious party members were represented or chosen as Likud delegates in the election that followed.

It is amazing how quickly the residents of our yishuv communities are asked to forget the building freeze instituted by the Likud government. Our friends and neighbors were prevented from building their homes so that the Likud government and the Arabs could talk “peace.” Guess how many peace talk sessions were held during the freeze? Zero! The Arabs waited until the end of the freeze to loudly declare that they would only talk with Israel if the freeze would continue. The Likud government did not even request guarantees that talks would be held as soon as the first freeze would begin. And now the Likud wants us to waste our votes on them again!

Were budgets for our government services increased? Were our communities made more secure? Or did the Likud government repeatedly capitulate to American and international pressure to reduce the number of security checkpoints and the military umbrella protecting our communities?

I should also ask, “Where are the Mafdal, Hapoel HaMizrachi and the Ichud Hale’umi?” They have been absolutely silent over the past years, and I assume they may no longer really exist.

We need someone to rescue and resuscitate Orthodox Zionism. It is time for a strong religious Zionist party to rise and unify, and not break into small factions every time some vain leader feels insulted. The Russian immigrants to Israel have been smart enough to realize how powerful they can be if they all support one non-religious party. That way, they will have a strong lobby for obtaining non-kosher food, less Sabbath observance, and the respect they seek. The Russian immigrants seem to understand the need for unity and the power it brings. Yet every two Orthodox Jews seem to have three opinions and refuse to unify.

It is time we learned that there is strength in unity. The Sephardim, religious and non-religious, already understand that by supporting one party, even if it is Shas, they too will have the strength to get their objectives fulfilled.

Voting Likud, while better than voting Labor or Left, is a wasted vote for a religious Jew.

It is way past time that we, too, need to unify! 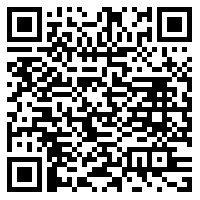