Israel, with an understandable desperation, still seeks to discover some discernible correctness and reassuring clarity in the theatre of world politics. However, the polite diplomatic meanings with which it is pressed to “make peace” remain squalid and elusive. Ominously, these meanings continue to seethe menacingly.

A sometimes alien mythology can help Israel to better understand its remaining options. In ancient Greek myth, as recounted by Albert Camus, the pagan gods had condemned Sisyphus to roll a great rock to the top of a mountain, whence the stone would fall back of its own weight. Unceasingly. By rendering this dreadful judgment, the Greek deities had imposed a mysterious punishment of interminable labor. But, at the very same time, they had also revealed something more difficult to understand.


Even useless labor need not be meaningless. Such labor could also be heroic.

Israel now faces the prospectively endless task of pushing a massive weight up the mountain. Always. And, with near certainty, the great rock will always roll right back down, to its point of origin.

There is, it would appear, no real chance that the rock will ever remain perched, fixed, securely, reassuringly, at the summit. Why, then, should Israel even bother to push on? It is not a silly question.

For Israel, long-suffering and always in mortal danger, there is no easy solution to its primal security problem. In the fashion of Sisyphus, the Jewish state must now accept the inconceivably heavy burden of a possible suffering without end. There is, of course, always reason to hope, but for now at least the only true choice seems to be to continue pushing upward, with no apparent relief, or to sigh deeply, lie prostrate and surrender (that is, to follow the “peace process” to “Palestine”).

What sort of sorrowful imagery is this? Can anyone really be shocked that, for the beleaguered people of Israel, a Sisyphean fate must lie beyond their ordinary powers of imagination? Expectedly, Israelis still search formally for ordinary diplomatic solutions. They look, commonly, into politics, into personalities, into leaders, into tangible policies. They seek remedies, answers, peace settlements, cartography, disengagements and realignments. They examine, sometimes meticulously, the whole package of ordinary prospects that would allegedly make Israel more “normal” and hence more “safe.”

But safety will never come to Israel through banality or compromise. Israel is not “normal,” nor should it be made normal. For reasons that are bound to be hotly debated and argued for centuries, Israel is unique.

To deny this uniqueness, and to try to figure out ways in which the eternally tormenting stone might finally stay positioned on the top of the mountain, forever, is to seek superficial answers to extraordinary questions. Above all, it is to misunderstand Israel’s special place in the world, and to subject all Israel to what the Danish philosopher Soren Kierkegaard had called (as a generic affliction) the “sickness unto death.”

Significantly, the decidedly worst fate for Israel is not “merely” to have to endure one war after another, or, to continue with our metaphor, even to have to keep rolling the rock up the mountain. Rather, it is to try to buy its way free abjectly, from its own irresistible destiny and torment, by falsifying itself.

These are not betting odds.

Similarly, one can readily imagine that these not very promising numbers apply as well to nation-states. Still, when we speak of Israel, the singular Jewish state, we must enter into an entirely different and incomparable kind of calculation. In essence, Israel’s existence is both more and less probable than the life of any single human individual.

The apparent paradox lies in Israel’s special origins, and also in its absolute and incontestable uniqueness.

Let us return to the Greek myth. We recall that Sisyphus is a heroic and tragic figure in Greek mythology. This is because he insistently labored valiantly, despite the apparent futility of his efforts.

Today, Israel’s leadership, managing to more or less disregard the nation’s special history, still acts in ways that are neither tragic nor heroic. Unwilling to accept an almost certain future of protracted war, terror, and possibly even genocide, one deluded prime minister after another has sought to deny Israel’s special situation in the world. Hence, he or she has always been ready to embrace, unwittingly, the then-currently-fashionable codifications of collective suicide. 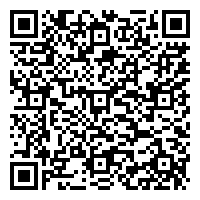