Tazpit News reports that for the past two hours an Arab mob has been rioting outside Rachel’s Tomb in Betlehem.

According to reports there are three Jewish groups under siege inside the structure and the police is ordering them to stay put, for fear of getting hurt.


The Arabs are throwing rocks and firebombs at the compound.

Since this morning, throughout Judea and Samaria, there have been demonstrations and violent marches of thousands of Arabs, to mark the so called “Palestinian Independence Day.” On this day in 1988 a symbolic declaration of independence was made by the late Chairman Yasser Arafat.

The Judea and Samaria rescue center reported that near the community of Efrat in Gush Etzion two Jews were lightly injured by shrapnel when Arabs threw stones at vehicles and one used vehicle was shattered.

Between Beit El and Ofra Arabs blocked route 60 and damaged Jewish owned vehicles. Ariel Koren, whose vehicle was attacked, told the Jewish Voice that he was barely able to escape.

“Dozens of Arabs and leftist anarchists with cameras and flags blocked the road and began to throw stones at my car and beat on it with the poles of their flags,” Koren relayed. “I pressed the gas pedal and managed to pass through, but they smashed the left windshield and broke a mirror.”

A Jewish female motorist driving behind Koren was also attacked with stones.

Hundreds of Arabs marched earlier in the Samaria village of Hawara, armed with flags and drums, in an event that had been approved and secured by the IDF.

The news agency Ma’an reported other places where protests took place, including Qalqiliya, Jaba village, Halhul, near Ateret, Turmus Iya and in Hebron, where hundreds of Arabs march toward the settlement of Beit Haggai. The Judea and Samaria rescue center reported that IDF forces blocked them at the Al Puwar junction, but meanwhile the same troops blocked the road to Jews.

Arutz 7 reported that Israeli Defense Forces finally managed to restore calm to the area and permit access the site. 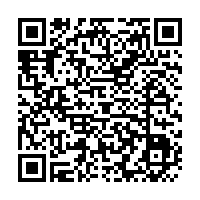