‘Faced with imminent and existential attacks, Israel − properly taking its cue from The National Security Strategy of the United States of America − could decide to preempt enemy aggression with conventional forces. First announced on September 20, 2002, this still-evolving American strategy affirms the growing reasonableness of anticipatory self-defense under international law. If Israel were to draw upon such authoritative expressions of current U.S. policy, the targeted state’s response would determine Israel’s subsequent moves. If this response were in any way nuclear, Israel would assuredly undertake nuclear counter-retaliation. If this enemy retaliation were to involve chemical and/or biological weapons, Israel might also determine to take a quantum escalatory initiative. This sort of initiative is known in military parlance as “escalation dominance,” and could be essential, for Israel, to favorable intra-war deterrence.


‘It is exceedingly unlikely, but not entirely inconceivable, that Israel would ever decide to preempt enemy state aggression with a nuclear defensive strike. While circumstances could surely arise where such a defensive strike would be completely rational, it is improbable that Israel would ever permit itself to reach such dire circumstances. To wit, Israel will not allow Iran to proceed to the stage of an assembled nuclear weapons capacity. International law is not a suicide pact.

‘An Israeli nuclear preemption could be expected only if: 1) Israel’s state enemies had unexpectedly acquired nuclear or other unconventional weapons presumed capable of destroying the Jewish state; 2) these enemy states had made explicit that their intentions paralleled their capabilities; 3) these states were authoritatively believed ready to begin a countdown-to-launch; and 4) Israel believed that non-nuclear preemptions could not possibly achieve the minimum needed levels of damage-limitation − that is, levels consistent with its national survival.

‘Although strongly opposed by Project Daniel, an Israeli nuclear preemption would not necessarily be in violation of authoritative international law. On July 8, 1996, the International Court of Justice at The Hague handed down its Advisory Opinion on The Legality of the Threat or Use of Nuclear Weapons. The final paragraph of the Opinion concludes:

‘”The threat or use of nuclear weapons would generally be contrary to the rules of international law applicable in armed conflict, and in particular the principles and rules of humanitarian law. However, in view of the current state of international law, and of the elements of fact at its disposal, the Court cannot conclude definitively whether the threat or use of nuclear weapons would be lawful or unlawful in an extreme circumstance of self-defense, in which the very survival of a State would be at stake.”

‘An “extreme circumstance of self defense.” Surely a State of Israel that had foolishly allowed an enemy state like Iran to become fully nuclear − an enemy state that was also openly genocidal in its statements and policies − would be facing such an “extreme circumstance.” Nonetheless, it would surely be best for Israel not to ever have to invoke such a legal argument to defend a nuclear defensive strike or nuclear reprisal. Far better for Israel to resort to a conventional preemption option in a timely fashion. The primary point of Israel’s nuclear forces must always be deterrence ex ante, not preemption or reprisal ex post.

‘If, for any reason, nuclear weapons should ever be introduced into a conflict between Israel and one or more of the states that wish to destroy it, some form of nuclear war fighting could ensue. This would be the case so long as: a) enemy state first-strikes against Israel would not destroy the Jewish state’s second-strike nuclear capability; b) enemy state retaliations for Israeli conventional preemption would not destroy Israel’s nuclear counter-retaliatory capability; c) Israeli preemptive strikes involving nuclear weapons would not destroy enemy state second-strike nuclear capabilities; and d) Israeli retaliation for enemy state conventional first-strikes would not destroy enemy state nuclear counter-retaliatory capability. From the standpoint of protecting its security and survival, this means that Israel must now take proper steps to ensure the likelihood of a) and b) above, and the unlikelihood of c) and d). Following Project Daniel, it is always in Israel’s best interest to avoid nuclear war fighting.

‘Nonetheless, both Israeli nuclear and non-nuclear preemptions of enemy unconventional aggressions could lead to nuclear exchanges. This would depend, in part, upon the effectiveness and breadth of Israeli targeting, the surviving number of enemy nuclear weapons, and the willingness of enemy leaders to risk Israeli nuclear counter-retaliations. In any event, the likelihood of nuclear exchanges would obviously be greatest where potential Arab and/or Iranian aggressors were allowed to deploy ever-larger numbers of relevant unconventional weapons without eliciting appropriate Israeli preemptions.

‘As we have seen, should such deployment be allowed to take place, Israel would effectively forfeit the non-nuclear preemption option. Here, its only alternatives to nuclear preemption would be: 1) a no-longer viable conventional preemption; or 2) do nothing, simply relying on the unsteady logic of nuclear deterrence. It follows that the risks of an Israeli nuclear preemption, of nuclear exchanges with an enemy state, and of enemy nuclear first strikes could all be reduced by timely Israeli non-nuclear preemptions. These preemptions would be directed at critical military targets and/or at senior regime personnel. The latter option could even include the dedicated elimination of enemy leadership elites.

‘Nuclear war is like any other incurable disease. The only remedies lie in prevention. Looking at the Islamic Middle East, where several Arab states as well as Iran remain sworn to “root out the Zionist cancer” and to “wipe Israel off the map,” the only promising remedy is to ensure that Israel continues to be the only regional nuclear power. Those who would contest this remedy and object with an ostentatious pacifism to Israel’s inherent right of anticipatory self-defense must ultimately recognize their own tacit complicity in Iran’s openly planned nuclear genocide.

LOUIS RENE BERES was educated at Princeton (Ph.D., 1971) and is the author of many books and articles dealing with nuclear strategy and nuclear war. Professor Beres, strategic and military affairs columnist for The Jewish Press, is chair of “Project Daniel,” which submitted its then-confidential Final Report on ISRAEL’S STRATEGIC FUTURE to Prime Minister Sharon on January 16, 2003. 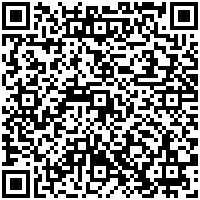