Despite that, I was surprised to learn that the MK Miri Regev-led Knesset Interior Committee and I, a Knesset member, were not allowed to visit the Temple Mount due to security considerations. Can’t the police enforce the law and allow members of Israel’s Knesset – who represent the sovereign power on the Mount – to visit there? And if the police are too lazy to do so, why don’t you, the prime minister of Israel, direct them to allow Knesset members to ascend the Mount so that we may perform our duty there as representatives of the sovereign power?

It is impossible to not think that the reason that I was personally barred from the Temple Mount, as were Knesset committee members, is because in the eyes of the wakf we represent Jewish sovereignty on the Mount. I wonder how the wakf’s threats to riot if we visit the Temple Mount actually dictate your approach to the issue. How is it that you, the prime minister of Israel, break these laws of the state of Israel: the Immunity for MKs Law, the Jerusalem Law, and the Personal Honor and Freedom Basic Law? How do you surrender, de facto, our sovereignty in the very heart of our eternal capital, Jerusalem – because of the wakf’s threats?

This apprehensiveness can raise many doubts as to the ability of your government to deal with much larger and greater powers than the wakf.

I know that you did not create the difficult situation on the Temple Mount, but continuing to bury our heads in the sands of security considerations creates a situation in which the government of Israel loses its sovereignty at the rock of our existence. If you do not clearly act to change the situation, you are liable to find yourself going down in history as the prime minister under whom Israel lost its sovereignty over the Temple Mount.

I am sure that the Israeli police and security services will know how to prevent any disturbances or to nip them in the bud if and when you direct them to do so. 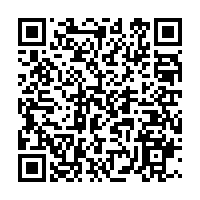