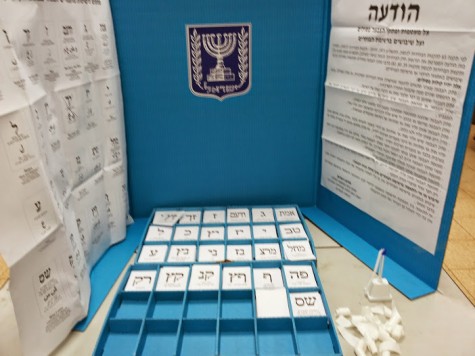 As soon as elections are announced – anywhere in the world – the media immediately starts running polls. Where does this one stand? What if this guy drops out? How will it affect those who remain?

Dozens of questions are thrown at the population, and the media reports on its polls as if they were given at Sinai. I must admit that although I have been involved in politics for over 20 years now, I am still amazed at how seriously people take these polls.


Yes, polls are important, but not when conducted over two or three days as 90 percent of them are. A reliable poll should be conducted over no less than 30 days. It should include at least six focus groups and be equally divided into men’s groups and women’s groups. A questionnaire with at least 40 (yes, 40) well-planned questions should be given to 1,000 people from diverse backgrounds. Furthermore, people should be reached via landline telephones, cellphones, the Internet, e-mail, and WhatsApp.

When a poll following these rules has been taken, read it because its results will closely mirror the final outcome of the elections. Unfortunately, though, most media polls are nothing like the one I described above. They do not have focus groups, contain just 6-10 questions, use landline and cellphones only, and only question a random sample of 400-500.

1) This past August, Andrew Gillum ran in the Democratic primary for governor of Florida. Polls had him in fourth place at 12 percent. The result? Andrew Gillum won the primary with 34 percent of the vote.

2) In October, there was an election for president in Brazil. The frontrunner was a guy named Luiz Inacio Lula da Silva who had already been president twice. All polls showed him winning. Trailing close behind was a woman named Marina Silva. In third place – at just 15 percent – was Jair Bolsonaro. Guess who won and is now president of Brazil? Jair Bolsonaro.

3) Back to the USA: I don’t think I have to remind you what happened in November 2016. Every poll had Hillary Clinton as the winner. All the “experts” predicted it, and the polls backed them up. According to the polls, it wasn’t even going to be close.

4) Finally, let’s travel back in time to May 31, 1996, in Israel. It was the first – and only time –Israelis voted directly for a prime minister. All polls – yes, every single one – showed Shimon Peres winning. Mina Tzemach, considered to be Israel’s leading political pollster (who is still being used today by all media outlets) printed her final poll on Election Day: a seven-point victory for Peres. Yet, as we know, Peres lost and Bibi won.

I could easily give other examples, but this is an article, not a thesis. The point is clear: Most polls are highly unreliable and not worth the paper they are printed on. The only polls that should be taken seriously are ones that are conducted in a scientific manner. With that in mind, please keep reading because you’re about to be pleasantly surprised.

Timor Group is an international political consulting firm. It has managed dozens of winning presidential, parliamentary, and municipal campaigns on four continents and has an amazing, proven record of success. In December, Timor Group was hired to conduct a scientific, in-depth analysis of Zehut. Two weeks ago, Timor presented a 60-page report of its findings. Its conclusion? Fifteen percent of the Israeli public is ready to vote for Zehut on one condition; it must be convinced Zehut will pass the “minimum threshold” (which is four seats, approximately 140,000 votes).

I must explain that 15 percent translates to about 630,000 votes (18 Knesset seats), so really there’s nothing for Israelis to worry about. The problem is that according to Timor Group, Zehut – right now – is polling at just two seats because the public is deeply worried about it reaching the “minimum threshold.” In other words, 630,000 Zehut voters are worried that Zehut won’t get 140,000 votes! Yes, you read that right. 630,000 people want to vote for Zehut but need to know that 140,000 will actually do so!

The political consultants at Timor stated that – in all their years of experience – they never saw anything like it. Normally, a party polling at two may have a potential of five. If it is polling at eight, it may have the potential to hit 11. That’s normal. But to poll at two with a potential for 18??

Is a political revolution about to hit Israel? It certainly is possible! Elections are less than two months away, so stay tuned. 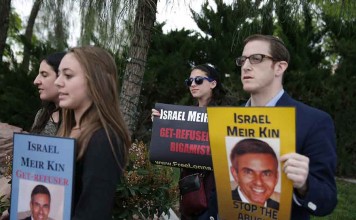 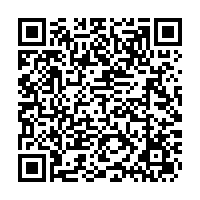