The top award at the Berlin International Film Festival, the Golden Bear, on Saturday went to the Israeli-French-German co-production “Synonyms,” directed by Nadav Lapid and produced by Saïd Ben Saïd and Michel Merkt, starring Tom Mercier.

The film follows Yaav (Tom Mercier), who struggles to transform himself from an Israeli to a French person, removing everything about himself that is Israeli – the title comes from Yoav’s obsession with pulling out a pocket-sized French dictionary to find the French substitutions for Hebrew words.


The film is based on Lapid’s own experiences of living as an Israeli abroad and his ambivalence about being an Israeli.

Lapid dedicated the film to his mother, Era Lapid, the editor of all his films, who died while cutting “Synonyms.”

We obviously didn’t watch the movie, so here’s one paragraph from a particularly gushing review by IndieWire’s David Ehrlich (An Astonishing, Maddening Drama About National Identity):

“’Synonyms’ doesn’t have much of a legible plot. Lapid has said that time ‘wasn’t a precise state of consciousness,’ and the erratic flow of this film reflects that. It doesn’t always add up, but it builds with the transfixing power of a primal scream. Most scenes follow Yoav as he tries to shed his Israeliness, an oblique process that’s often expressed through latent details (this is hardly an apolitical work, but Lapid has so little interest in the specifics that it’s jarring when a sequence towards the end invokes the names of current world leaders). He rents a tiny apartment, and lives on less than two Euros a day. He gets a job at the Israeli embassy — presumably for work visa reasons? — and only speaks his native tongue through gritted teeth. He listens to Caroline (a somewhat underwritten Louise Chevillotte) play the oboe, and tells Emile stories about his terrorist grandfather, his childhood obsession with the Trojan warrior Hector, and a number of surreal anecdotes about his time in the IDF.”

“It may seem like an impertinent thought in the midst of a global refugee crisis, but “Synonyms” translates Yoav’s dilemma into an unshakable portrait of a man whose passport only gets him so far, who’s grown tired of carrying the baggage that comes with being an Israeli, and who’s driven to the brink of madness by a world that forcibly identifies people by the place they were born. Lapid’s film is too fresh and intransigent to know how well it will age over time or hold up to repeat viewings, but on first blush it feels like a powerful howl that’s hard to hear clearly, and harder still to get out of your head.”

Feel free to file your judgmental comments below… You may be comforted by the fact that “The Band’s Visit,” a touching, wonderful Israeli comedy-drama by Eran Kolirin, about a bittersweet meeting between Egyptian musicians and the residents of an Israeli development town, continues to be a huge international hit, with a Broadway musical spinoff. 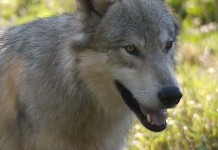 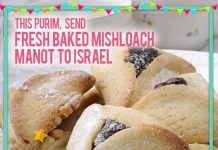 Send a Lulav and Etrog to a Soldier 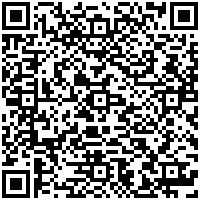