Our Sages say that in the month of Nissan, the people of Israel were redeemed from Egyptian bondage, and in the same month they will be redeemed in the future. This is a special month: the month of liberty. So who knows? Maybe this will be the month of our brother Jonathan Pollard’s redemption.

According to news reports, Secretary of State John Kerry is proposing that Israel expand the fourth scheduled release of Palestinian terrorists (a group that includes 14 Arab citizens of Israel) along with instituting a construction freeze in Judea and Samaria. All of this in exchange for the privilege of continuing to bask in the glory of the presence of the murderer of our Israeli sportsmen at the Munich Olympics, Mahmoud Abbas.


For all of this, Israel may get Pollard. Or maybe not.

On numerous occasions, Pollard has told me that he is not willing to go free in exchange for murderers. In principle, he is certainly right. The terrorists should have been executed long ago, and Pollard should have been out of prison long ago. Israel, however, being utterly at odds with its identity, is incapable of justifying its existence as a Jewish state. It cannot deal with the claim of the “justice of the Palestinian cause.” The result: we pay in the hard currency of a construction freeze or the release of murderers in exchange for the farce of a “peace process” that is supposed to address the Arab demand for justice.

Since Oslo Israel has discarded all the fundamental values of a normal nation, values like sovereignty, justice, morality and the sanctity of life. In light of that, and since this process will lead to the terrorist release and construction freeze that Kerry proposes with or without Pollard’s release, then at least he should go free.

The amazing Jonathan Pollard, however, refuses to participate in a Parole Board hearing as a precursor to his possible release. “I am not willing for other Jews to be murdered in exchange for my release,” he has said to me. When his words have been put to the ultimate test, he stands by them – making Pollard a modern-day hero of Israel. For the U.S. to use Pollard as a political bargaining chip is unbelievably villainous. In a meeting with the U.S. ambassador to Israel a few weeks ago, I made this position clear to him.

But what won’t we do for the privilege of chatting with Mahmoud Abbas for another half year?

Nissan means “our miracles.” Apparently, we need a miracle. No, not the splitting of the physical Red Sea – as our physical and material situation has never been better. Instead, we need a miraculous “splitting” of our slave mentality. We need to leave the bondage of a slave’s mentality for the mentality of liberty.

The modern-day redemption from Egypt is totally an internal, Jewish affair. We are the Children of Israel and we are Pharaoh. It is we who are breathing life into the puppet, Mahmoud Abbas, and enslaving ourselves to his puppeteering. I pray that in this propitious month of Nissan, we will choose redemption. 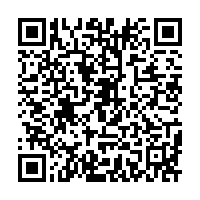