The Knesset factions are pursuing legislation that will institute an equal draft into the IDF – but something is fishy. The New Israel Fund’s propaganda has made inroads, and it looks like the upcoming elections will focus on haredi-bashing.

It is true that the issue of haredi enlistment in the IDF must be resolved in a fair and equal manner. But it looks like the new legislation is not a means, but rather an end unto itself.


So what is the solution?

First, we must understand the problem. The problem is not lack of manpower in the IDF. The IDF is not really interested in the enlistment of thousands of haredi conscripts. Here’s the problem: it is not fair to exempt people from the army on a communal basis.

Another aspect of the problem is that there are many haredim who are not really capable of learning all day and into the night – just like any other sectors. But those haredim who are registered at yeshivas cannot work because the exemption from enlistment requires them to remain within the walls of their institutions of higher learning.

To solve the problem, we must get to its roots and ask ourselves if the IDF must really draft by coercion. A mandatory draft is not necessary. Israel pays a high price in the economic, social and mainly security realms to preserve the ethos of the “People’s Army.” A professional, volunteer army will enhance security, cost less, and will make the mandatory draft – for haredim, radical leftists and other sectors who do not want to enlist – irrelevant.

This solution, however, is not currently accepted by an Israeli society that has always been nurtured on the ethos of the aforementioned People’s Army. This ethos serves the ruling elites, who do not want to yield the tremendous power that comes along with the ability to forcibly induct people into the army. As such, the true solution will have to wait, and we must find an interim solution.

We can accept any law that will truly increase equality. This law must be approved by a broad consensus – both by the haredim and the Arabs. It is important to understand that the haredim are not afraid of the draft, but rather from the attempts to override their traditions and customs by certain elements of the army. This apprehension is not at all unfounded. If the IDF will convince the haredim of the purity of its motives and create a service framework for them that will not undermine all that is holy to them, it will be a huge blessing for the whole of Israel – and especially for the haredim. 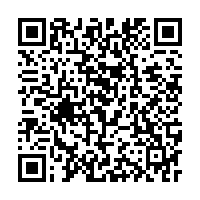