Two weeks ago, in my weekly column on the NRG website, I wrote, “Nobody really understands why Israel is going to early elections.” So when I heard that the election merry-go-round had been cancelled, I was pleased.

True, the cancellation comes at the price of incorporating Kadimah into the government coalition. Kadimah is an unsavory, redundant party. But if this is the price Prime Minister Netanyahu feels he must pay to preserve stability and governmental continuity for four full years, I can certainly understand. If this brilliant move will bring about a change in the substandard governing culture in Israel, a culture that dictates that the average government in Israel lasts less than three years, then we have all gained a very important and fundamental norm.

The problem with brilliant moves, though, is that they are like floor tiles: The more brilliant they are, the easier it is to slip and break your head.

The power that the government will now have will allow it to make and carry out decisions in a responsible and measured manner without feeling pressured to dance to the drums of the media and the leftist chorus. Two major landmines are now at the new government’s doorstep. In both cases, logic, wisdom and justice are on one side, and media populism is on the other. This can be a great opportunity to do the right thing, or a great temptation to be swept away in populism’s murky stream. The ball is now at the mountain peak. Netanyahu and his new political partner, Kadima leader Shaul Mofaz, will decide in which direction it will roll.

The two major issues on the table are the threatened destruction of the Ulpana Hill neighborhood of Beit El and the drafting into the army of the ultra-Orthodox. It is easy enough to understand that if the corrupt Holyland project was not demolished – and certainly not the tens of thousands of illegal Arab homes that nobody dares to touch – there is no reason in the world to destroy the Ulpana Hill neighborhood. The unity government can legislate a solution to the problem and easily absorb the ranting of the leftist chorus and its offshoots that will look on in dismay, as the victims of its planned destruction are snatched from its clutches.

On the haredi draft issue, reality shows that the haredi demand for appropriate enlistment frameworks is on the rise and has already outpaced the supply that the IDF can provide. This trend will continue, as it is impossible to stop it. It is just a matter of creating more and more appropriate frameworks in which the ultra-Orthodox can serve while maintaining their religious observance standards. Actually, there is only one thing that can stop this positive trend: mandatory draft into the current military frameworks, which the haredi community sees as anti-religious coercion. Whoever wants to be sure that the haredim will not enlist should go with the populist option.

These are the new government’s challenges. On one hand, it has all the opportunities; on the other, it is in danger of falling fast and hard. It can succeed and glorify the State of Israel and the Likud, or it can slide and break its head. Just look at what happened to Ariel Sharon and Kadima. 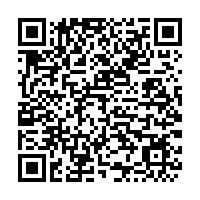