“And all the nations will see that the Name of God is called upon you, and they will fear you” (Deuteronomy 28:10).

During the First Lebanon War, the IDF forced the PLO terrorists all the way to the Beirut port and then to Tunisia. The PLO, which had lost its stronghold in Lebanon, was shattered. Salach Taamri, the most senior and admired terrorist captured by the IDF, was imprisoned in the Ansar detention camp. He was a broken man.


Later, Taamri was interviewed by journalist Aharon Barnea for the book he would write about him, To be Captive. In Barnea’s book, Taamri describes the situation of the terror organization prior to Pesach, 28 years ago. “I concluded,” said Taamri, “that we had no chance to overpower Israel’s financial and military prowess, and that we should make do with the crumbs that they would throw us and fold up all our flags.”

Taamri, an intellectual and patriot, willingly cooperated with his captors. The other prisoners understood from their admired commander that the end had come and that the war was lost. And then, Taamri continued, a surprising event took place that turned everything upside down.

“My hands were holding the cold bars and I was looking from inside my dark jail cell toward the hall where an Israeli guard was walking. I saw him from far. He was walking slowly, holding something in his hand that he would constantly bring close to his mouth. He would bring it close and then distance it. When he was close to my cell, I called to him. I saw that he was eating a pita. He would bite, chew, bite and chew.

“You are a Jew,” I said to him. “Why are you eating chametz on Pesach? Don’t you know that it is forbidden for a Jew to eat chametz on this holiday?”

“I am not committed to the things that happened to my people during the exodus from Egypt 2,000 years ago. I have no connection to it,” said the Jewish prison guard.

Taamri continued: “I sat on the mattress in my cell and said to myself, ‘A nation of people who do not have a connection with their past; who are willing to publicly desecrate the laws of their faith, is a nation that has cut off the roots from its land. We will be able to achieve our goals.’ On that night, my approach completely changed. I couldn’t fall asleep. In all those hours of darkness, I replayed that scene with the Jewish prison guard.

“The next morning I gathered the Palestinian leadership in the prison, all those who knew my opinion over the years. I told them about my experience and the conclusions that I reached. I clarified to everyone that from that morning, we were embarking on a new course: a war for everything. Not for a small percentage and not for crumbs that they would throw us. For opposing us was a nation that lacked the connection to its roots, a nation not interested in its past. Thus, its motivation was necessarily void of any will to struggle and fight.”

Since then, Taamri says that he has told his story to tens of thousands of people and has convinced all of them that the approach must be changed to this: the Palestinians must struggle without compromise.

Taamri was elected to the Palestinian parliament and indeed convinced his friends, breathing new spirit into the war against Israel. The damage done by that pita eaten by the Israeli soldier on Pesach cannot be exaggerated.

The question mark hovering over the right of the Jewish state to exist – and as a result, over its right to defend itself in the face of existential threat – is directly connected to our identity as God’s nation.

When the nations of the world see that God’s Name is called upon us, when we know who we are, understand what we represent and are at peace with our destiny, the power of deterrence that the terrorist Taamri initially felt will be established. But when we are not interested in God’s Name being called upon us, the nations can openly plan to destroy us – with nuclear weapons or in any other way. And they will do so without fear. 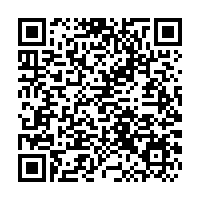