Headlines of fowl accused of spying for Israel are making the rounds again in Middle Eastern media, with the most recent bird of espionage being an eagle  “arrested” by Hezbollah  in Lebanon.

Local hunters caught the bird in the town of Achkout, who alerted authorities after discovering that the bird had an ID ring attached to its leg with the words “Israel” and “Tel Aviv University” printed on it, according to one Lebanese news site.


The Hezbollah- affiliated Al-Manar TV, whose news site’s Israel section is called “Enemy Entity,” claimed that the eagle was one of many birds sent by Israel to spy and gather information via GPS transmitters across the Middle East. The report pointed to the “arrest of birds carrying similar devices” in Saudi Arabia, Turkey and most recently in Egypt.

Israel’s Nature and Parks Authority stated that the eagle was born in a breeding center in southern Israel and had been released a couple of years ago.

Ohad Hatzofeh, one of the Tel Aviv University bird researchers who identified the eagle told Tazpit News Agency that he was “fed up” with the eagle ‘spy’ accusations.

If all of the Arab countries that have “caught” previous spies, such as a stork, a vulture and  pigeon, it only shows how paranoid they really are.

In July, Turkish authorities detained a bird on the suspicion that it was spying for Israel. The kestrel, referred to as the “Israeli agent” by Turkish press because it had metal ring with “Tel Avivunia Israel” on it, was placed in an X-ray machine at a university hospital and underwent a scan for bugging devices. After passing the surveillance, the Zionist spy was freed.

Egypt arrested a stork in late August for spying for Israel because of authorities were suspicious of the tracking device placed by scientists to record its migration. Eventually, the stork, called Menes, was freed but local villagers later ate the spy.

Saudi Arabia apprehended a vulture in 2011, accusing the raptor of being an Israeli spy because of a GPS device with the suspicious “Tel Aviv University” label on its leg. The vulture was eventually freed.

In May 2012, Turkish authorities were sure they had foiled a Mossad ploy when they caught a European bee-eater. 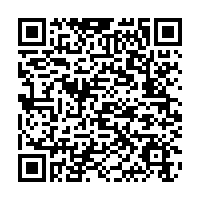