In response to the High Court of Justice’s ruling this week, which accepted the state’s request to delay for six months the debate on Jewish conversion in Israel, Haredi MKs are preparing a doomsday weapon should the Court topple the barrier before a Reform invasion, Behadrei Haredim reported. The weapon, a genealogical record of Jews from birth and halachic converts, has been the historical bulwark of Jewish communities everywhere against assimilation.

According to the report, MK Yisrael Eichler (United Torah Judaism), after consulting with members of the Hasidic Council, on Wednesday submitted a bill amending Israel’s Chief Rabbinate Law with a section on the establishment of a halachic genealogy book, in order to deal with fictitious conversions performed by the Reform and Conservative movements.

The explanatory notes accompanying the bill states that “since the establishment of the state, it has been clear to everyone that assimilation is a danger that destroys Jewish communities in the Diaspora who have been cut off from the Jewish religion and adopted the foreign culture. Former President Chaim Herzog defined assimilation and intermarriage as the Quiet Holocaust.”

“Following the High Court rulings under the pressure of Reform organizations from the United States, capital-intensive campaigns are being waged against the status of the rabbinical courts, flooding the country with fictitious conversions of people who never prepared to accept the yoke of the Torah and the commandments, and they and their descendants are not Jewish,” the bill explains further, accepting that in a democracy “this is their right and choice.”

“The problem is that in official records they are registered as Jews and thus [genuine] Jews who want to preserve their Jewish identity are not aware that the registration is fundamentally false, under the cover of a heap of lies,” say the bill’s accompanying notes. “In order to prevent fraud in conversions, the Chief Rabbinate must manage the genealogies of all the Jews who do not object to being registered in a genealogical book produced by the State of Israel.”

“Since the Chief Rabbinate is the only religious authority recognized by the state, they have the historical responsibility to protect the Jewish family from deception that leads to assimilation and intermarriage,” MK Eichler’s text recommends.

In conclusion, the notes clarify that “under this law, no one has to believe in registering in the Chief Rabbinate’s books, but anyone interested in knowing who he is marrying has the right to study the transparent genealogies which will be kept by the Chief Rabbinate of Israel.”

Those who do not want to, neither need to nor must participate. The genealogical list will only be there for those who want to know whom they are marrying and who is Jewish according to Jewish law. Let them check the list. It is a FREE COUNTRY (sic) with free information and free choice.

Do we really want the Chief Rabbinate to become the only arbitrator of proper Jewish identity?

Should the response to a new genealogy book be limited, won’t this introduce a huge gap through the heart of the Jewish body politic?

There is an inherent gap between those who eat and those who decide not to eat, and it is forbidden to force someone to eat or not to eat. Thus there will be a gap between Jews and non-Jews. 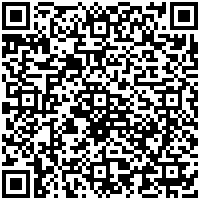