Some still think that the rightist leadership is actually capable of getting the State of Israel off the route previously charted out by the Zionist Left. They really think that the reason why our national train continues to speed down the Oslo track is because of the people in charge.

Menachem Begin surrendered the Sinai Peninsula to Egypt because he was tricked. Benjamin Netanyahu was amenable to Yasir Arafat because he is pliable. Ariel Sharon destroyed Gush Katif because he is corrupt. And the list goes on. But the truth is just the opposite. The Right continues to slide down the slippery slope of the “peace process” not because of the weakness of its leaders but despite the fact that its leaders are eminently capable. Who can compare to Begin’s dedication to the nation of Israel? Who is a greater war hero and builder of the land than Sharon? And can we really compare the “leadership” that the other parties have to offer to Netanyahu’s talent? Netanyahu likes to boast of his ministers’ achievements – and he is right. The executive arm of this government is functioning well and Israel enjoys one of the most professional and effective governments that it has ever known.

We should not be searching for the failure of the Right in its chosen leaders, but rather for its ideology. The ideology of the classic Right must ultimately drag it to destruction. For the political Right is the right hand of Zionism. And Zionism’s current creed, that it “has no connection to religion,” is really much more appropriate to the Left than to the Right. That is the root of the reason why Zionist legitimacy remains with the Left, despite the fact that the majority of Israelis are rightist and traditional.

What was the idea, the tremendous force that established the State of Israel against all odds? What was the spirit that restored the nation of Israel to history? It was the shaking off of religion that was considered – justifiably – to be the noose hanging the Jew above reality.

At this point I must provide a short explanation to readers with raised eyebrows. When the Holy Temple in Jerusalem was destroyed, the national Jewish connection to reality was sundered. The Temple, the perfection of the world in the Kingdom of the Almighty, is the ultimate purpose of our national existence; it is also the axis around which the daily lives of the individual and the collective revolved. The Temple provided a timeline, the thrice-yearly ascent to Jerusalem, an entire annual cycle of life.

Jewish sovereignty without the Temple is like a state without a capital, a parliament or national holidays – without anything. Religion in its present configuration was the most successful start-up in history, the virtualization of Israel. It was the preservation of its national existence outside reality until its return to Zion and the building of the Temple.

But in the course of 2,000 years the virtualization became an existential consciousness. Lamentations, recited on the 9th of Av, have their set place on our bookshelves, ready and waiting for the next year. The Mashiach has been transformed from the symbol of vibrant Judaism interacting with every level of reality into a non-intrusive fantasy with no demands – thus delaying Mashiach’s arrival.

The Zionists who cut the religion umbilical cord suddenly felt the earth under their feet; they sensed it responding to the national flexing of muscles. Suddenly, we were a normal nation. A monumental redemptive energy that was suppressed for 2,000 years burst forth after the disconnection from religion. That energy carried the Zionist revolution on its back. It inflated the sails of the ship until after the Yom Kippur War, Entebbe and the Right’s victory in the 1977 elections. And that was the end.

It was only logical that when the Zionist spirit dissipated, it was specifically the Right that led the great retreats. For while Begin retained Jabotinsky’s strong nationalism, what connection did he have to the Sinai? Not the Bible. He hurriedly called upon the more dovish Moshe Dayan and Ezer Weizman to join him so that he would enjoy legitimacy from the Left for the move that looked like the end of Zionism, but was really its natural outcome – actualizing the dream of normalcy. The self-destruction mechanism built into Zionism was triggered. IDF bulldozers destroyed settlements in the Sinai. Now they are on their way to Ulpana Hill. Ehud Barak is today’s Dayan, Shaul Mofaz is today’s Weizman – and the principle was determined. 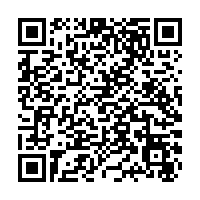