The two speeches that I had been told would appear in this new volume – one celebrating the 100th birthday of the German poet Friedrich Schiller and another glorifying the ideals of the French Revolution – did not disappoint. Indeed, they only reinforced my belief that Rav Hirsch is truly unique among the pantheon of rabbinic greats.

One of the themes in Rav Hirsch’s writings that has always struck me is his universalism – mainly because it runs so counter to the prevailing parochialism in many contemporary Orthodox communities. Take, for example, the recent open letter signed by a number of prominent rabbis in advance of the Internet Asifa. In it, they declare that the world revolves around the Jews and therefore theorize that the Internet only entered world history to test the Jewish people’s moral character. What about the rest of the world? Are these rabbis really suggesting that an Internet that affects billions of lives only appeared on planet earth as a moral test for one million Orthodox Jews? Apparently they are.

Rav Hirsch’s writings could not stand in greater contrast to this sentiment. “The God of Jewish Teaching is the universal God,” writes Rav Hirsch in an essay in this new volume. God’s covenant with our forefathers was “only for the benefit of all of mankind” (emphases in original). In The Nineteen Letters Rav Hirsch even argues that the “universal acceptance of the brotherhood of mankind [is the Jewish people’s] ultimate goal.”

Rav Hirsch’s ode to Friedrich Schiller is filled with the same universalistic spirit. “[E]nlightenment and…moral civilization,” he says, “are intended to be the heritage of all to whom God has given breath on earth. It is the seedling of this heritage that God has planted into the hearts of mortals, and the purpose of Judaism is to be the sunshine that will cause these seedlings to ripen.”

Rav Hirsch lauds Schiller, a “sublime flower enveloped in an earthly husk,” since his poetry contained ideas that “are now increasingly germinating in mankind’s breast, where they will eventually complete the enlightenment and ennoblement of all humanity.” According to Rav Hirsch,

anyone who emerges in the midst of mankind as a herald who knows how to employ the gift of poetry to inspire the human mind with enthusiasm for all that is pure and true and godly, anyone who knows how to make man proud to be human and to enable him to recognize his God in every breath of his existence, anyone who can snatch man from the dust to have him stand upright in all his dignity and nobility, is, in the view of Judaism, a messenger of God on earth….

I quote Rav Hirsch at such length not only because his rhetoric is so beautiful, but because the universalist strain running through these sentences is truly remarkable. Would that contemporary Orthodox Jews thought of non-Jews in such lofty terms!

Rav Hirsch’s glorification of liberty in another speech appearing in this new volume – delivered on the 50th anniversary of the Battle of Leipzig – is no less amazing. Many contemporary Orthodox Jews speak fondly of the “good-old days” in Europe when Jews lived in shtetls and ghettos, shielded from the allures of the outside world. They believe freedom’s advance in Europe destroyed an idyllic ideal. They essentially share the perspective of the Baal HaTanya who prayed in 1812 that Czar Alexander I defeat Napoleon, fearing the freedom and concomitant spiritual dangers that a French victory would bring.

Once again, Rav Hirsch could not stand in greater contrast. To be sure, Rav Hirsch was not blind to freedom’s hazards and writes in The Nineteen Letters that he cannot welcome freedom if the abandonment of Judaism is its price.

Nonetheless, freedom, qua freedom, is an unmitigated blessing in Rav Hirsch’s view – “a triumph of Divine justice” – and the French Revolution, which unleashed liberty on Europe, “was one of those moments when God visibly entered history” (emphasis in original). In that year, 1789, “with a light that the world had not previously seen, and with a victorious power hitherto never experienced, the sense of justice triumphantly entered into the minds of men.”

Israeli Fans after World Cup Flag Hullabaloo: It Wasn’t over Gaza, It Was over a Shirt 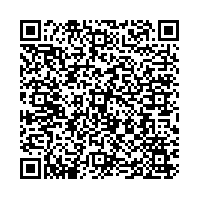